They say hindsight is 20/20, right? In 2012, plenty of voters were willing to overlook Obama’s disastrous first term, ostensibly because they wanted to get more FREE STUFF!, but now that they look back on what the free stuff has cost them, they’re realizing that Romney was probably the better choice. 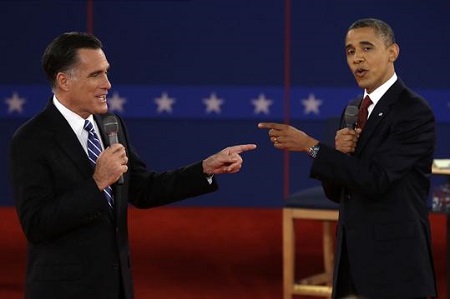 If a rematch of the 2012 presidential election were held today, GOP nominee Mitt Romney would top President Barack Obama in the popular vote, according to a new national survey.

But a CNN/ORC International poll also indicates that if Romney changes his mind and runs again for the White House, Hillary Clinton would best him by double digits in a hypothetical showdown.

According to the poll, if the 2012 election were somehow held again, Romney would capture 53% of the popular vote, with the President at 44%. Obama beat Romney 51%-47% in the popular vote in the 2012 contest. And he won the all-important Electoral College by a wider margin, 332 electoral votes to Romney’s 206.

I guess it’s sort of a good sign that these people finally get it. It just took them six years and Obama fulfilling all of the promises he made — seriously, none of his goals were exactly a secret — during his campaigns to open their eyes.