Did Mitt Romney Make The Right Call By Picking Paul Ryan As His VP?

The word has leaked out: Later this morning, Mitt Romney is going to announce that he’s selecting Paul Ryan as the VP. Here’s what I wrote about Ryan in Mitt Romney’s Top 30 Potential Picks For Vice-President[1] where he was in the eight slot.

Strengths: He’s conservative, popular with the base, his economic proposals have been at the center of the GOP’s agenda for the last two cycles, and his experience in Congress would be a plus. It would make him significantly more attractive if he could help carry Wisconsin, but he probably doesn’t have that kind of juice.

Weaknesses: Not particularly charismatic and while conservatives love his economic proposals, they may turn out to be more of a weakness than a strength with the general public.

The selection of Ryan will definitely energize conservatives and it sends the right message: Mitt Romney is serious about governing the country. On the other hand, it’s not a cautious choice. There’s conflicting polling data, but the Ryan Plan doesn’t seem to be particularly popular with the public. Ryan’s selection insures that it’s going to be front and center in the campaign from now until election day and the Democrats are going to respond with demagoguery while refusing to offer a serious plan of their own. So, will the additional enthusiasm generated with conservatives be enough to overcome the damage Ryan may do to the ticket? Probably not, but time will tell.

PS: On the other hand, if there are any women out there who can be influenced by having a good looking man running on the ticket for President, then Hey Girl, It’s Paul Ryan[2]. 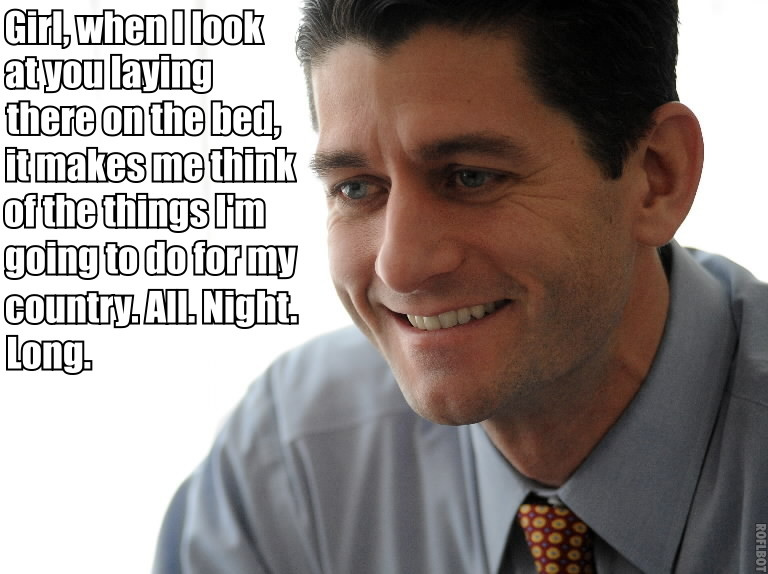