Hello, Mitt Romney — Are you there? 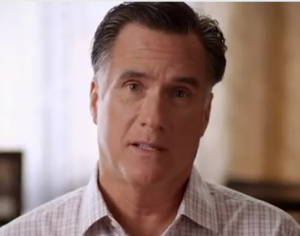 If you haven’t subscribed to Ben Domenech’s: The Transom[2], I highly suggest you do. : In the September 28th edition, Ben highlights in some of the suggested links how Mitt Romney needs to kick it into high gear. : We’re less than forty days away from Election Day and it seems Team Romney is content with maintaining their heading. : Are they aware that they’re still in a slump? This is rapidly becoming John McCain reloaded — except our candidate is younger.

As Byron York noted in The Washington Examiner: on September 27[3]:

Before Romney’s speech in Toledo,: CBS News’ Jan Crawford[4]: asked him whether he plans to heed those supporters who want to see a more aggressive candidacy.:  Romney didn’t seem to fully understand the question. : ’This is a campaign, not about character assassination, even though that’s what I think has come from the Obama camp by and large,’ he said.

Asked to elaborate, Romney said Obama and his allies ‘completely misrepresent my point of view.’ : In one brief sentence, he seemed to equate aggressiveness with lying and character assassination – which is not at all what his supporters have in mind.:  And on the question of changing the tenor of his own campaign, Romney said, ‘I listen to a lot of advice but frankly I’m going to keep on my message, which is I know how to get this economy going, create jobs, more take home pay for the American people.’

The reason Romney’s supporters want to see changes in his candidacy, of course, is the growing number of polls showing Romney falling behind Obama in Ohio and other key states.:  Republicans here are divided over the polls.:  While some distrust them completely, others worry they might be right, even if the president’s lead is smaller than some surveys suggest.

Politico: had a rather fair assessment[5]: of Romney’s weaknesses concerning:

his past willingness to change or shade his views for apparent political advantage resulted, over time, in one of his biggest political vulnerabilities. One close confidant said Romney sees the process like buying a company from a reluctant seller: Just do and say what you need to do to get the deal done, and then when it’s done, do what you know actually needs to be done to make the company a success. It is hard to overestimate how much confidence Romney and many around him have that he can lead once he has the power to lead.

This do-and-say-what-it-takes tendency is reflected in his constantly changing message. His campaign was premised on a disciplined focus on jobs. But he has rarely stuck to it, to the dismay of advisers who have urged a relentless focus on exactly what he would do to create jobs, like Rick Santorum did during the primaries with his plan to revive U.S. factories.

And now, with the campaign taking on water, he hits the president on anything he can rip from the headlines: welfare last month, Libya at the start of this month, China this week and debt today. Romney is cautious by nature, which paid off in business. But in politics, rather than chart a bold course and stick with it, he winds up trimming and dodging in ways that, cumulatively, sink in with voters.

Concerning the shift in message on the economy, Domenech noted that “Robert Samuelson’s: piece on the consumer mood[6]: is a good example of why you should never bet on a straight up economic referendum election.” : Samuelson wrote on September 28 that “although the economy remains weak by most indicators, consumer optimism has registered a distinct, though modest, gain. The stock market is up, as are the three main confidence surveys – from Gallup, the University of Michigan and the Conference Board. The contrast suggests some possible explanations: (a) the economic indicators are backward looking and the economy is stronger than the numbers suggest; or (b) something else – the political conventions, falling gasoline prices, the Federal Reserve’s latest credit easing – has made people slightly more optimistic.”

As a result, “it’s good news for the president. The rise in consumer optimism has coincided with gains in his approval rating and a widening of his lead over Mitt Romney in most opinion polls.” : However, I’m sure Obama will tout the: 386,000 jobs created[7]: in September — which is the estimate for now since the official numbers aren’t released until October 5. : However, Samuelson reported that bad economic indicators still handicap the president. : For instance, “the Commerce Department lowered its estimate of economic growth for the March-June quarter from an already-weak 1.7 percent to an anemic 1.3 percent. (The figures are annualized growth rates for the quarter.) About 0.2 percentage points of the reduction reflected the effects of the Midwest drought; the heat has cut grain harvests. But there were also downward revisions of consumer spending and exports.”

It all depends on how Romney and his team dissect and disseminate this information in a way that impacts swing voters. : No more going silent— which they virtually did during the Democratic Convention. : Romney needs to up the ante. : We’re approaching the finish line and if this is the best he could do — then the Republican Party needs to find a new line of work. : The debates are key. : It’s the avenue in which he can truly reboot his campaign and attack the president on the same stage. : The president is not a good debater. A fact that: was acknowledged[8]: by NY Magazine’s John Heilemann — where he said that Hillary Clinton won almost every debate during the ’08 primaries.

On the other hand, debating is Romney’s strong suit. : He’s been practicing since June and I believe this could be a unique opportunity to turn Obama’s campaign on its head. : Matthew Dowd reiterated this weekend on how George W. Bush was leading by seven in the polls against John Kerry in 2004 — which quickly became a one point race after the debates. : Being on the same stage makes these two men equal in the court of public opinion. While I’m sure Romney has a few zingers up his sleeve to undercut the president’s agenda during the debates — he needs to come off, not only strong, competent, and presidential on the issues, but empathetic. : As Domenech wrote in his daily email:

He [Romney] needs a moment that encapsulates why he, not President Obama, is the one who actually cares about the plight of the American people. And he will likely have an opportunity to do so given the attitude of the president and his campaign team regarding the economy–one largely marked by defensiveness publicly, and privately acceptance of a new reality. Romney’s ability to talk about why electing him will mean the difference between small business success and jobs on the one hand and a permanent welfare/entitlement state on the other is key to this. Talking about how he has traveled across the country, talking to small businessmen who’ve had to lay off their longtime employees, talking to people who’ve been laid off, talking to towns who are losing their hardworking young people… and who do not wish to turn to welfare because they understand what it would do to their pride. This is the key to: Obama’s case: that the American people would’ve been worse off without him. Romney needs to make the case that the American people will be better off with him.