Herman Cain: ‘Still in It to Win It’ 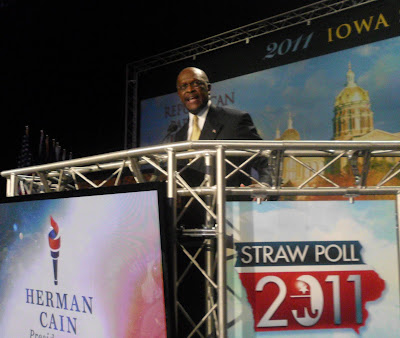 Herman Cain is “still in it to win it,” his Republican presidential campaign told supporters in a fundraising e-mail highlighting the Atlanta businessman’s speech last week at the Iowa Straw Poll in Ames.

Describing Cain as “a real leader” with “proven results,” the e-mail sent Saturday[2] urges supporters, “Please give your most generous gift today — even $5, $10, $25 helps — to help us spread Herman’s message of ‘Common Sense Solutions’ across America.” The fundraising message included a link to a 4-minute online video featuring the key points of Cain’s Aug. 13 speech to the Ames event:

READ MORE AT THE OTHER MCCAIN[3]