I’m sure you will be shocked[1] that I disagree with both sides here. The AP has an article out showing where Trump stands versus Clinton on foreign and world affairs. The US should not impose solutions on foreign interactions, but if we are already involved or it is in our best interests nationally, then yes, we should be involved. Since 9/11, I have said that we made a strategic error by going after Iraq and then Afghanistan. We should have gone after the real culprits… Iran and Saudi Arabia. That never happened. What did ensue is never ending warfare actions against barbarians more comfortable living as goats. It’s a losing scenario which the Russians also found out the hard way.

That’s not to say I think we can’t wipe out ISIS. I believe we can. The question is… are we willing to absorb the collateral damage? Because that is what it would take. A clean slate. It is the way of war.

Donald Trump is what I call an isolationist… a nationalist. He believes in protectionism. Trump says our allies should contribute monetarily to us defending them or should have to defend themselves. I agree they should have to contribute… but regardless, there are parts of the world we cannot just walk away from. Because what happens to our allies directly affects us as a nation and will surely come to our doorstep. If you let a maniacal leader take over the world except for the US, then pretty soon, the US will fall as well. That’s why we have alliances. We are stronger together in battle. 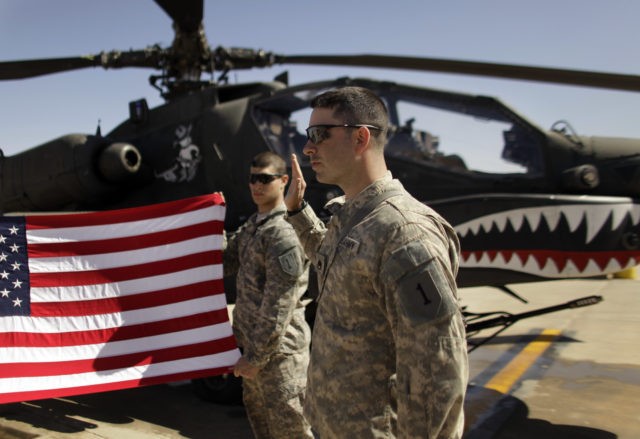 WASHINGTON (AP) — THE ISSUE: How should America use its influence in a world where being a superpower doesn’t get you what it once did? As instability and human tragedy in Iraq, Afghanistan, Libya and Syria have shown, the U.S. alone cannot impose solutions or force the surrender of adversaries like the Islamic State group, which cannot be deterred by the threat of nuclear attack.

Donald Trump says his approach is defined by the phrase “America First.” He says, for example, that if allies in Europe and Asia won’t pay the full cost of U.S. contributions to their defense, then the U.S. should let them defend themselves. He is sour on “international unions that tie us up and bring America down.”

Hillary Clinton takes the view that America benefits from a wide network of alliances, both for security and for economic strength. She says she would work to widen and strengthen that network. She criticizes a “go-it-alone” approach for the U.S. and asserts that international partnerships are “a unique source of America’s strength.”

Clinton is a socialist/communist. She is an elitist/globalist. She believes there should be no borders and one huge world economy. This philosophy, if imposed on the US, is deadly and never, ever works. It ends in strife, death and war. Clinton is not a war hawk… she is for sale to the highest bidder. She puts herself first and the nation second.

Obama has been a monstrous failure in Iraq and Syria. His slap and tickle approach to ISIS has not worked and has in fact strengthened the enemy. Before Obama became involved, Iraq was more or less stable… so was Afghanistan. Not any more. Now tribal Jihadists have formed a Caliphate and pretty much terrorize as they please. Assad has launched a third chemical attack on his own people with the aid of Russia and Iran. I’m not sure we should be in Syria at all, but if we are there, should we be letting thousands die so horribly? Trump says he will wipe out ISIS, but I have not seen a credible plan for that. Clinton would simply talk them to death.

Trump says he stands against the Iran deal, but the last time I heard anything on it, he said he would keep it in place and go to the negotiating table with them. Huge mistake. The deal should be scrapped immediately. You do not conduct diplomacy with an avowed enemy of the US, especially for nuclear weapons. War with the mullahs is a foregone conclusion, regardless of what Clinton bloviates.

NATO is a necessary entity. We should not however bear the majority of the cost as we do. Trump is wrong when he intimates that NATO is no longer necessary. Russia is as big a threat today, if not more, than during Reagan’s administration. Trump’s friendliness with Putin is beyond troubling and he has stooges for the Kremlin surrounding him. We cannot afford to do away with NATO, but we can negotiate a better deal for the US. And we should all be prepping for war… a war that is in fact already here. Clinton gives lip service to NATO, but her only real concern is what she would get from our allies, not a true security alliance.

We should not go it alone and Clinton is right that there is strength in numbers. But there is weakness in global socialism, which is her shtick. We are in the beginning salvos of World War III. We should be strengthening our military and forging as many alliances as we can. Neither candidate knows much at all about foreign policy or the military. This is why Russia, China and Iran are beginning to make their moves against us. Without a strong leader, we invite war. 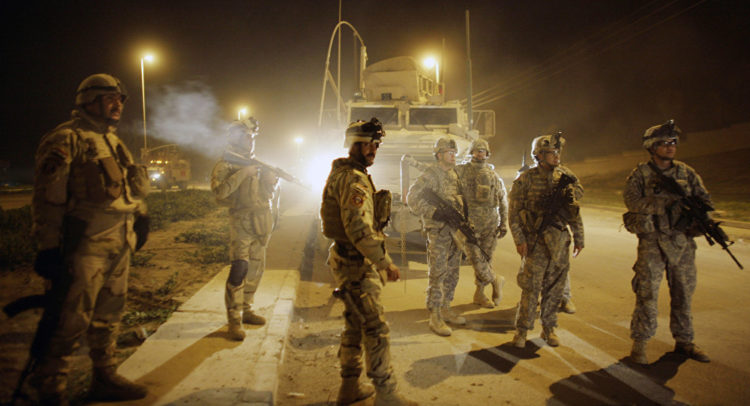