It’s ridiculous how atheists feel the need to play ‘gotcha’ with the religious, and it’s enough to make you wonder if they’re hiding some deep-seated insecurity about their supposed lack of belief underneath all that aggression and rhetoric. When presidential candidate Ben Carson was faced with one of these belligerent atheists though, he refused to be intimidated — and came back with an epic response. 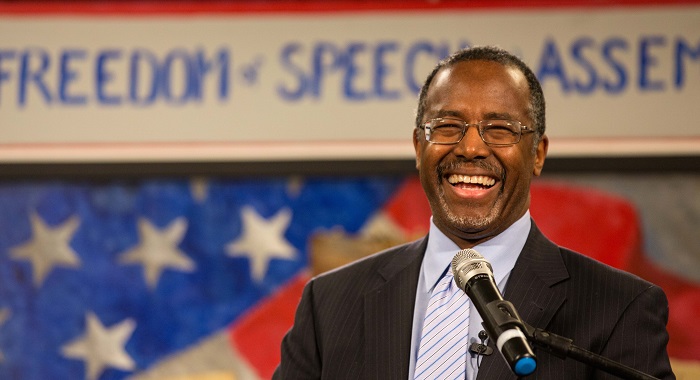 Ben Carson, while speaking to the Faith and Freedom Conference in Washington, D.C., last weekend, told a story about how he responded to an attack from a particularly aggressive atheist:

“I remember a few years back I was engaged in a debate in Hollywood with a leading atheist. This guy thinks anybody who believes in God is a total moron. As they got to the end of the conversation, you know, he is denigrating anybody who could believe in Creation, I said, “You know what? You win.”

“I believe I came from God, and you believe you came from a monkey. And you’ve convinced me you’re right.”

It’s a pretty snappy comeback, and maybe in the future, atheists will think twice before tangling with him over religion. But again, what is the reasoning behind this kind of aggression and these insults so often seen from atheists? If they’re so confident in their belief that God does not exist, then why do they feel it necessary to tear down Christians so much?