BOMBSHELL: Trump Says Three Words That Go Against EVERYTHING He Has Said Before

Trump supporters have fallen for everything Trump has said hook, line, and sinker — even though there’s absolutely no reason to believe that Trump is doing anything but performing the world’s most depressing con. And his latest statement should (but probably won’t) serve as a massive wake-up call. 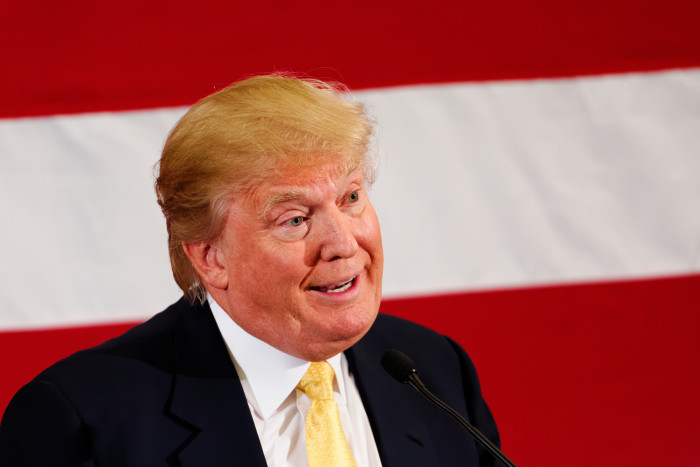 Republican front-runner Donald Trump said Monday night on the Fox News Channel that “everything is negotiable” when it comes to immigration reform.

The billionaire made the comments when responding to a report that The New York Times has an audio tape in its possession calling into question whether Trump would actually go through with the hardline immigration rhetoric he has sold for months on the campaign trail.

Trump called the Times “the most dishonest media group” and said his conversation “was off the record” and now “all of a sudden they leak it, it’s all over the place.”

He then hinted he may actually be willing to compromise as president over an immigration deal.

“Everything, by the way — is negotiable,” Trump said. “Things are negotiable. I’ll be honest with you.”

Wake up, people. This is a man who boasts about being able to make deals, so it’s only logical to realize that he’s only going to ally himself with you until a better deal comes along.