Donald J. Trump, the man that the establishment said ‘could never’ and ‘won’t ever’ win, has just gotten a hefty victory in New Hampshire. He took home a jaw dropping 35% and beat out almost every demographic across the board, by almost double digits. This is amazing:[1] 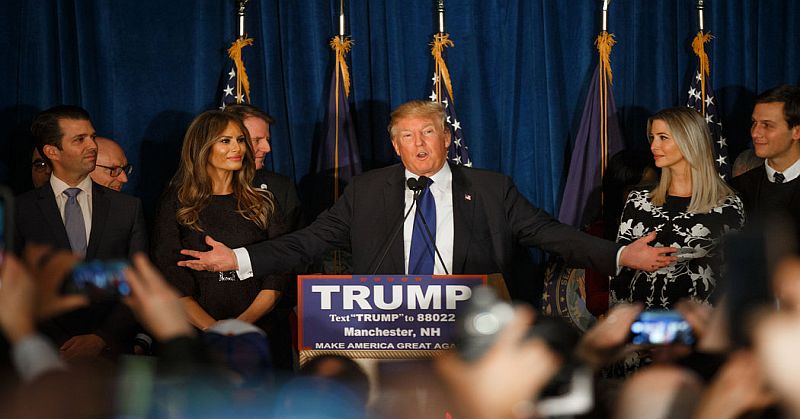 Throughout the Republican presidential primary, and we still have a very long way to go, the Republican Establishment has revealed itself to be the nastiest, meanest, smallest group of smugs I have ever come across. I honestly didn’t think people like this actually existed outside of the fictional Omega Theta Pi frat boys in “Animal House.” But exist they do, and these detestable snobs despise their fellow Republicans much more than the likes of a Hillary Clinton or Barack Obama.

The venomous attacks the GOP Establishment have waged against Trump supporters have been way beyond anything Democrats have ever faced from this same group. Which is why they have lost the popular vote in 5 of the last 6 presidential elections and get rolled like punks by Obama, even after winning majorities in Congress.

These people are not just nasty, they are useless and destructive. More than anything, though, they are oh-so superior; and one of their nastiest and most relentless attacks against Trump supporters have been based on polls that show Trump’s majority support with the “uneducated” — you know, we “rubes” who didn’t graduate from college.

Well, Tuesday night in New Hampshire, our Establishment Betters were once again exposed as useless elites who have lost compete touch with their own voters. Trump not only won the Granite State by a wide margin, according to exit polls, Trump won the votes of every education demographic, including those with college and post-graduate degrees.

Perhaps the so-called ‘establishment’ should revisit their ideals, because this is ‘YUUUUUUGE’