Iowa Democrats Use THIS Crazy, Old Method To Determine Winners of Some Caucuses

In a handful of Democratic caucus precincts Monday, a delegate was awarded with a coin toss.Yep, that’s really how it happens, folks. Nothing to fancy, just good, old fashioned playground rules for these guys:[1] 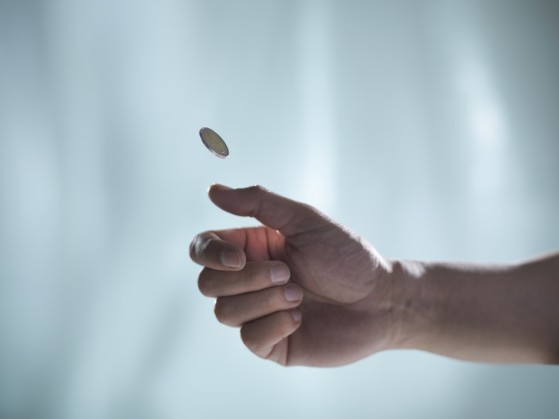 It happened in precinct 2-4 in Ames, where supporters of candidates Bernie Sanders and Hillary Clinton disputed the results after 60 caucus participants apparently disappeared from the proceedings.

As a result of the coin toss, Clinton was awarded an additional delegate, meaning she took five of the precinct’s eight, while Sanders received three.

Similar situations played out at various precincts across the state, but had an extremely small effect on the overall outcome, in which Clinton won 49.9 percent of statewide delegate equivalents, while Sanders won 49.5 percent. The delegates that were decided by coin flips were delegates to the party’s county conventions, of which there are thousands selected across the state from 1,681 separate precincts. They were not the statewide delegate equivalents that are reported in the final results.

The statewide delegate equivalents that determine the outcome on caucus night are derived from the county-level delegates, but are aggregated across the state and weighted in a manner that makes individual county delegate selections at a handful of precincts count for a tiny fraction of the ultimate result.

Here’s what happened in Ames, according to David Schweingruber, an associate professor of sociology at Iowa State University (and Sanders supporter) who participated in the caucus:

A total of 484 eligible caucus attendees were initially recorded at the site. But when each candidate’s preference group was counted, Clinton had 240 supporters, Sanders had 179 and Martin O’Malley had five (causing him to be declared non-viable).

Those figures add up to just 424 participants, leaving 60 apparently missing. When those numbers were plugged into the formula that determines delegate allocations, Clinton received four delegates and Sanders received three — leaving one delegate unassigned.

Unable to account for that numerical discrepancy and the orphan delegate it produced, the Sanders campaign challenged the results and precinct leaders called a Democratic Party hot line set up to advise on such situations.

Party officials recommended they settle the dispute with a coin toss.

A Clinton supporter correctly called “heads” on a quarter flipped in the air, and Clinton received a fifth delegate.

Somehow, I wouldn’t be shocked if Hillary had rigged even a coin toss in her favor.