Megyn Kelly Addresses the ‘Dust Up’ With Trump: ‘A Few Words on That’

The aftermath of the debate, and specifically the feud between Donald Trump and Megyn Kelly, continues to be reverberate. Megyn Kelly has finally spoken out, and she is refusing to be intimidated. 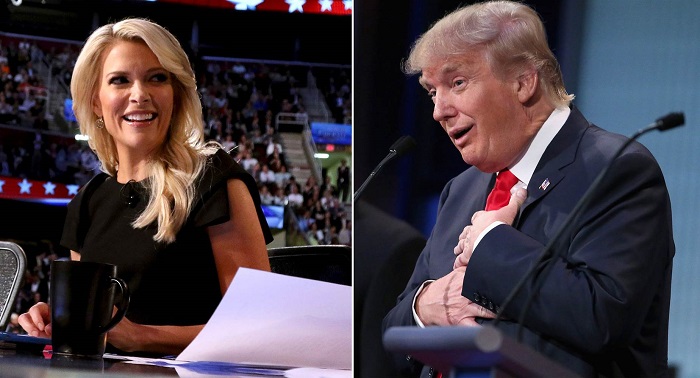 “You may have heard there was a dust up involving yours truly and presidential contender Donald Trump,” Kelly said at the outset of her program. “Mr. Trump was upset with a question I asked him at the debate last week about his electability and specifically comments he has made in the past about women.”

“A few words on that,” she continued. “Apparently, Mr. Trump thought the question I asked was unfair and felt I was attacking him. I felt he was asked a tough, but fair question. We agree to disagree.”

Kelly said that she would not respond to personal attacks Trump had made on her. In one case, the real estate tycoon suggested the Fox News host pressed him at the GOP debate because she was menstruating.

“Mr. Trump did interviews over the weekend that attacked me personally. I’ve decided not to respond,” Kelly said.

“Mr. Trump is an interesting man who has captured the attention of the electorate. That’s why he is leading in the polls. Trump, who is the frontrunner, will not apologize. And I certainly won’t apologize for doing good journalism,” she added.

“So I’ll continue doing my job without fear or favor,” Kelly concluded. “And Mr. Trump will continue with what has been a successful campaign thus far. This is a tough business and it’s time now to move forward. And now, let’s get back to the news.”

Donald Trump is a thin-skinned, egotistical bully (kind of like our current Dear Leader) who isn’t used to having someone stand up to or question him, which is why he is so outraged over Megyn Kelly’s questions. And considering his rampant misogyny, it probably makes him even more angry that it’s a woman that showed him up.