I just love how this article[1] starts out calling this guy ‘typical’. Geez. Steve Hill is a former Marine… he’s also an atheist and a Satanist and he’s running for the State Senate in California, where, I’m sure, he’s viewed as totally normal. The man is a Satanic Temple organizer. Right now he’s a Democrat, but plans to run on the Independent ticket. And dig this… he’s a comedian. I’m not laughing. “I don’t go worship Satan and pour milk on me,” he said. “But [Satanism] would influence me greatly because I could deal from a different perspective, as a regular human being.” Dude… you are so not a regular human being. This country is literally going to hell. 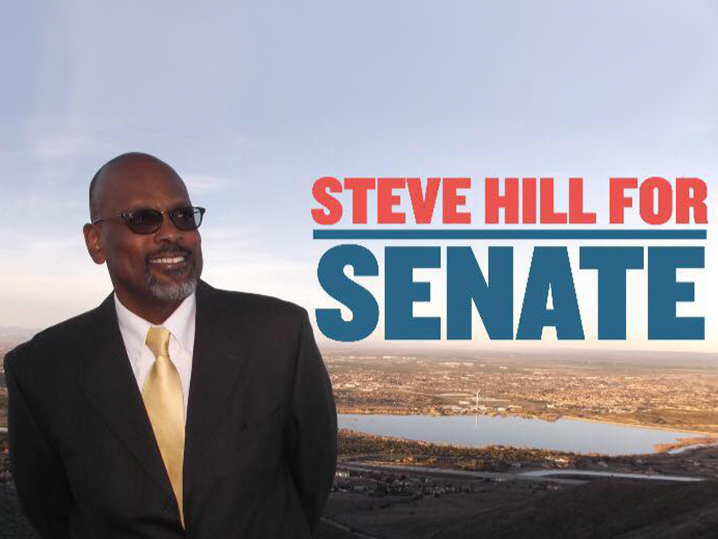 Steve Hill in many ways is a typical candidate running for elected office in California. He’s a former U.S. Marine looking to reform public schools, reduce the state’s mass incarceration rates, and create jobs. But a couple things are holding him back: He’s an avowed atheist and Satanic Temple[3]organizer.

Hill is a Democrat running for the state Senate in California’s 21st district, and probably the only candidate in the country who embraces both atheism and the tenets of modern-day Satanism. But Hill, who ran unsuccessfully as a write-in candidate last year during a special election, said this year he’s getting shunned by the Democratic establishment largely because of views the party believes are too extreme.

“I’m a Satanist[4] as far as trying to get people to understand that I don’t believe in the devil any more than I believe in God,” Hill said in an interview. “All of it is stupid. But if I have to tell people I’m the devil to get them to listen, then, OK, I’m the devil.”

In the last few years, the Satanic Temple has tried to push Satanism away from its perception of devil worship and into politics. The group says its mission is to “encourage benevolence and empathy” in society while using Satanic imagery to further its goals. Hill says he reconciles his atheism with Satanism by not believing in any sort of deity or otherworldly presence and instead adheres to the Satanic Temple’s goals like keeping church and state separate. You can’t be a Satanist and not believe in, you know, Satan. Sounds to me like liberals are not only going full commie, they’ve embraced Old Scratch as well. The group has often challenged organizations like the Westboro Baptist Church, which regularly holds anti-gay protests at military funerals and has been classified as a hate group by the Southern Poverty Law Center. The Satanic Temple also pledged to erect a Satanic monument on the grounds of the Oklahoma State Capitol alongside one displaying the Ten Commandments. (The Ten Commandments monument has since been removed.) Doug Mesner, a Satanic Temple leader and spokesman who also often goes by the name Lucien Greaves, said he doesn’t know of any members who are elected officials in the US, but added that “every day, we’re being told of new plans for credible people within our membership to make a run for various public offices.” Satanism is a new trend in America and it is being embraced. God help us.