Liberals in the media have eagerly begun to blame all conservatives and pro-lifers for the shooting at Planned Parenthood, even though there’s absolutely no evidence whatsoever to show that the shooter was a Republican. But Ted Cruz has the blowhards in his crosshairs, and just unleached a Cruz missile that will leave them howling in pain. 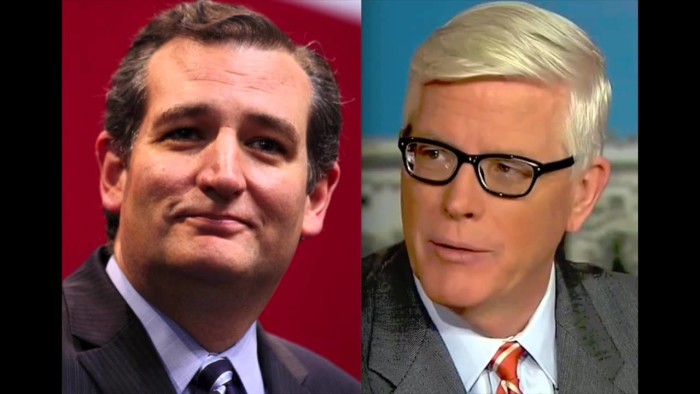 “And I would note that this whole episode has really displayed the ugly underbelly of the media. You know, every time you have some sort of violent crime or mass killing, you can almost see the media salivating, hoping desperately that the murderer happens to be a Republican so that they can use it to try to paint their political enemies.”

“Now here’s the simple and undeniable fact,” Cruz continued. “The overwhelming majority of violent criminals are Democrats,” he contended.

Cruz explained further that the media purposely fails to report that inconvenient truth because Democrats for decades have been soft on crime, appointing judges that release violent criminals before serving their time.

If that doesn’t make your average liberal’s head explode, Cruz’s next statement will.

Cruz pointed out that the recent push by the Democrat Party to allow felons to vote is because the party knows that most criminals will vote Democrat, because of their soft stance on crime.

Ted Cruz then told Hugh Hewitt that the media’s reporting of the Colorado Springs Planned Parenthood killings are “one of the more egregious examples of media bias, but it’s something we see over and over and over again.”

Every time there’s been a mass shooting, the shooter almost always turns out to be a Democrat. But see, being better people than the liberals, conservatives don’t rub it in their faces because we know the actions of one person don’t reflect on that of thousands of others. They should really try it sometime.