Trump: “Do You Know What a ‘Gun-Free Zone’ is to a Sicko?” VOWS to Do This, First Day in Office

At the same time that Obama was holding a CNN townhall meeting, Donald Trump was holding a campaign rally. And so it seems fitting that he would slam Obama’s latest gun control effort. 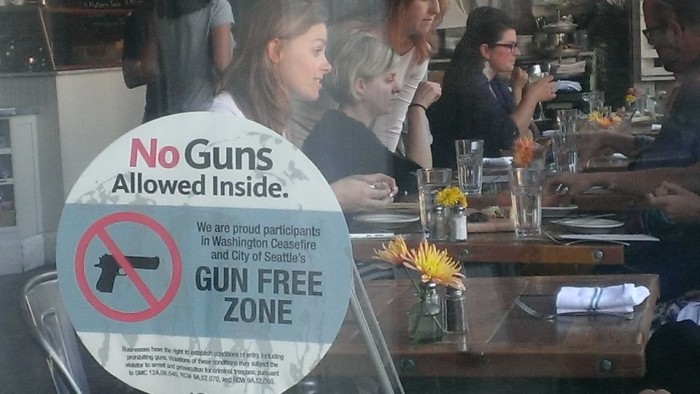 “I will get rid of gun-free zones in schools — you have to — and on military bases on my first day. It gets signed. My first day – there’s no more gun free zones,” Trump told supporters as they cheered wildly.

Trump pointed out that gun-free zones were dangerous because they attracted people considering a mass shooting.

“You know what a gun-free zone is to a sicko?” Trump asked. “That’s bait.”

He lamented that soldiers were killed by terrorists in a military recruitment center and at a military base because they were not allowed to have weapons – even though they were trained to use firearms.

Gun-free zones certainly are horrible, and need to be done away with, but this may be another one of Trump’s empty campaign promises that are impossible to make reality in real life — and not to mention, potentially troubling. If a state chooses to make certain laws, and a president swoops in and overrides them, then isn’t that still an executive overreach that we, as conservatives, supposedly deride?