Trump Has an AMAZING Day Amid Rape Allegations

Liberals are evidently threatened by Donald Trump, as they marched out an old rape allegation from his ex-wife Ivana — one that she now denies — in a desperate attempt to discredit him and destroy his presidential campaign. Unfortunately for them though, it backfired spectacularly. 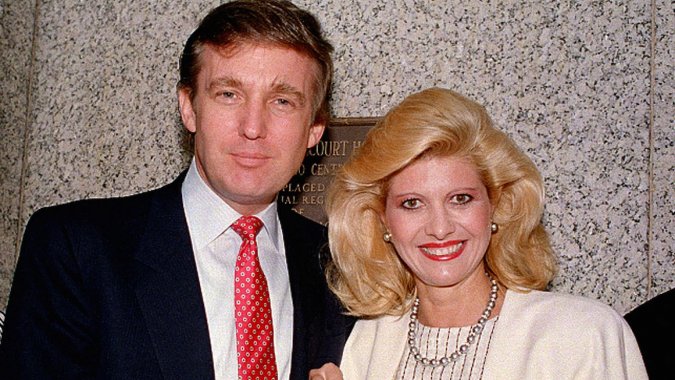 The Donald is marching his improbable presidential campaign fonward in New Hampshire, capturing nearly one-quarter of the Republican primary vote in the latest poll – and doubling up Jeb Bush’s showing in a state he was once expected to dominate.

Wisconsin Gov. Scott Walker and Ohio Gov. John Kasich are tied for third place at 7 per cent, but Walker is the second choice of 10 per cent, putting him in better shape.

… Fallout from a Daily Beast story Monday night threatened to be the silver bullet Democrats had been looking for, but its energy quickly scattered by mid-morning Tuesday.

The story recounded decades-old allegations from Trump’s ex-wife Ivana in which she claimed he had sexually forced himself on her in a single episode during their marriage.

In a statement to DailyMail.com and other media outlets, the former Mrs. Trump said that the story was all wrong.

‘I have recently read some comments attributed to me from nearly 30 years ago at a time of very high tension during my divorce from Donald,’ her statement read.

‘The story is totally without merit.’

‘Donald and I are the best of friends and together have raised 3 children that we love and are very proud of,’ she added.

‘I have nothing but fondness for Donald and wish him the best of luck on his campaign.

Incidentally, I think he would make an incredible president.’

It still seems unlikely that Trump will win the GOP nomination. But the fact that he has done relatively well this early should strike a blow at the hubris of the political elite, who seemingly cannot stand the idea of an outsider being successful.