This is something I have predicted for some time.[1] Virginia’s Gov. Terry McAuliffe has just signed an order giving voting rights to 206,000 ex-felons in his state. This is a blatant move to pad the voting roles for the Democrats and Hillary Clinton. The GOP called it out for what it was. He said this was to reverse Virginia’s long and sad history of suppressing African-American voting power. Oh, bull crap. Typical lying Marxist. It’s an absolute abuse of his executive power that will be copied by other Progressives in other states. Previously these rights were restored on an individual basis – case by case. But along with illegal immigrants voting, they just have to have the felon vote to keep Marxists in power. 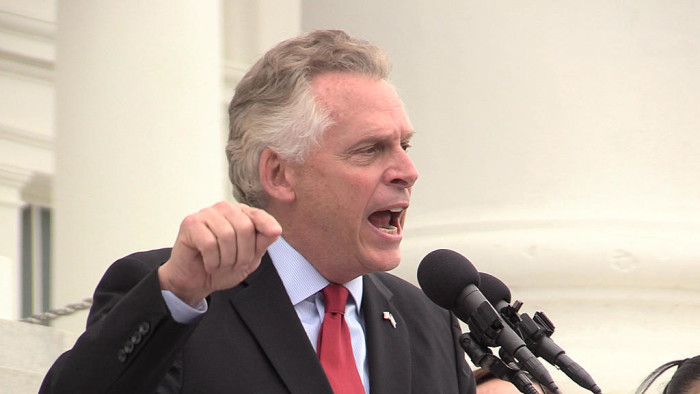 The governor’s order applies to all violent and nonviolent felons who have completed all phases of their sentences and supervised release as of Friday – even those who have not applied for a restoration of rights – a departure from past policies in which governors restored rights on an individual basis.

“We benefit from a more just and accountable government when we put trust in all of our citizens to choose their leaders,” McAuliffe said to a cheering crowd from the steps of the state Capitol. “It has taken Virginia many centuries, unfortunately, to learn this lesson. But today, we celebrate its truth.” The action, which comes just days after the General Assembly wrapped up the 2016 legislative session, has the potential to expand the state’s voter rolls by up to 3.8 percent. Which is substantial by any measurement. Speaker of the House William J. Howell, R-Stafford, blasted the order as a political ploy to boost Democrats’ chances in November. “The singular purpose of Terry McAuliffe’s governorship is to elect Hillary Clinton president of the United States,” Howell said. “This office has always been a stepping stone to a job in Hillary Clinton’s Cabinet.” And there’s the truth of the matter for Terry McAuliffe, who is corrupt through and through and eyeing the White House.