44,000 People are Registered to Vote in Maryland and Virginia

Here’s a pressing question: without voter fraud, would Democrats win elections? First there were dead voters, and now they’re voting in multiple states: 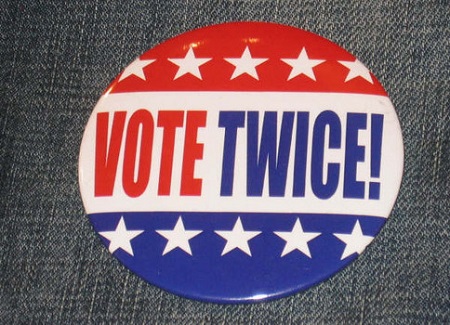 As midterm elections quickly approach, many are starting to think about voting and potential fraud at the polls. And once again, we find that there is cause to be worried about voter fraud here in the U.S. It appears in a new report that 44,000 people are registered to vote in both Virginia and Maryland.

A vote-integrity group crosschecked the voter rolls in the two states and found far too many people registered in both states. The group, known as The Virginia Voters Alliance, is going to expand their research into surrounding states like Pennsylvania, the District of Columbia, New York, New Jersey, Delaware, North Carolina, Tennessee, West Virginia and Georgia.

The group found that the number of voters who actually cast ballots in both states was only 164 in 2012, but that is still far too many. And the problem of potentially having thousands of people casting multiple ballots is the real issue.

You know what would solve the pesky problem of voter fraud? Voter ID laws. But for some reason, Democrats ardently oppose those laws — wonder if anyone could maybe figure out why.