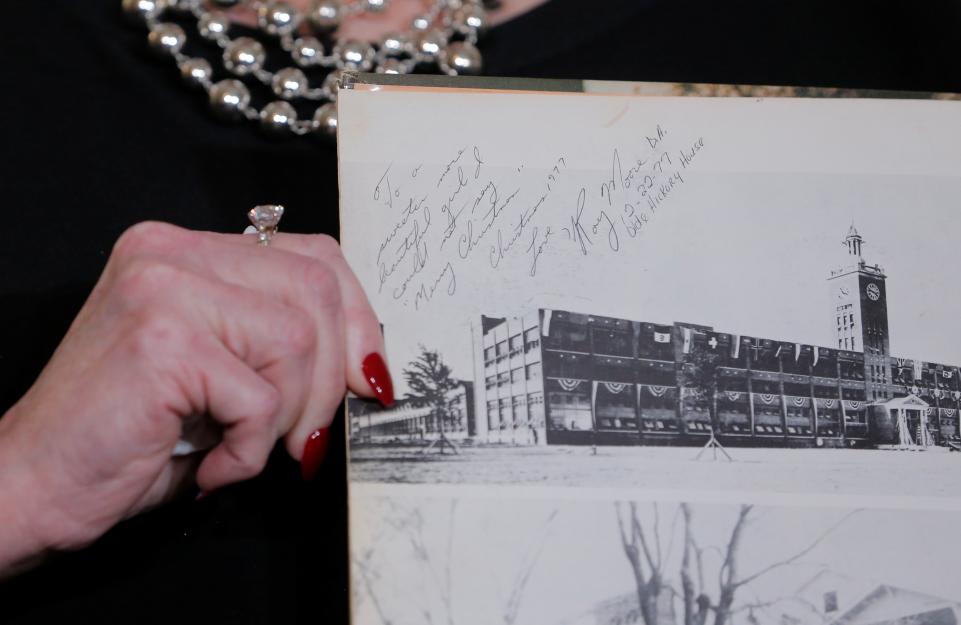 Roy Moore has been a man under fire lately.

He first gained national prominence as the pick of Steve Bannon in the Alabama Senate race against Trump’s pick, Luther Strange, and shortly after Moore was declared the winner, women including Beverly Young Nelson have come up to claim that Moore had sexually abused them as young women.

Ms. Young Nelson’s charge comes with the physical evidence of her high school yearbook. She alleged that Moore had signed her yearbook when she was 16. Now 56, she has been showing off the yearbook from 1977 with her lawyer, Gloria Allred. In the pages of the yearbook, it says:

Since the yearbook evidence was released, Roy Moore, Republican nominee for Senate, said that Beverly is “clearly a liar” and online detectives and right-wing media outlets have torn her story apart by pointing out that the creepy, alleged inscription was written in two different forms of handwriting with two different types of ink.

And now, oops! Beverly has admitted that part of the inscription was in fact written by her.

In an interview with ABC, who are probably still reeling over the Fake News incident last week that dropped the Dow 350 points and caused Brian Ross to be suspended for being a lyin’ liar, reporter Tom Llamas asks Beverly whether Roy Moore signed her yearbook:

So, in a word, Beverly has admitted that the inscription is at least a partial forgery.

Beverly Young Nelson, one of the women accusing GOP Senate candidate Roy Moore of sexual misconduct, tells @GMA[2] it “sickens” her to think what might happen if Moore is elected. https://t.co/wuEGWr0kng[3] pic.twitter.com/lcp5OY4x3A[4]

And Roy Moore’s numbers are still above the Democrat’s in the state of Alabama, because the people of the state know Fake News when they hear it.

Recently, one MSNBC host confronted Gloria Allred on why she felt confidant bringing the yearbook into the public domain, asking: “If you’re not one hundred percent sure that it is [Roy’s] signature, why would you show it at a press conference?” The host, who deserves an award for doing real journalism and asking simple, straightforward questions, was unable to get a straight answer from Allred, who said that the yearbook had been near Roy Moore and that she only remembers “being with him” at the time that he allegedly signed it, saying that she was “thrilled” that he signed it. The quick clip is available here[6] and it’s very telling, especially the fact that Allred never bothered to ask Nelson Young if she saw Moore sign the book.