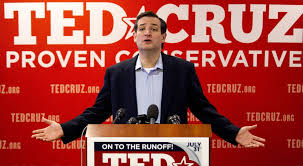 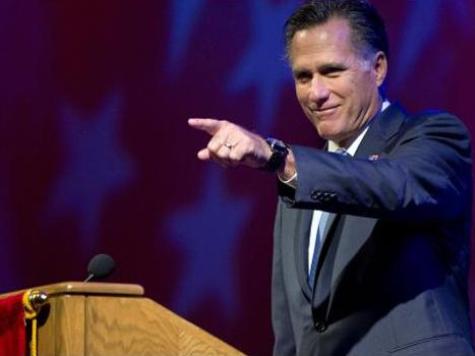 Since forming a presidential exploratory committee earlier this month, Jeb Bush is being considered a serious Republican candidate for president. But as George Will astutely pointed out[3] last week, Bush has two significant hurdles; his support for Common Core and immigration reform. Will correctly points out that his support for the latter is far more nuanced than people understand. Bush does not advocate for more immigration through family reunification, which is the agenda of radical immigration activists, but instead for meeting employment needs, and he supports a path to legal status instead of citizenship. However, his support for Common Core is less defensible, attempting to split hairs[4] by claiming that setting standards is much different than setting curriculum, while in reality the former greatly influences the latter, making the distinction almost meaningless.

Of course, the possibility Bush may be too moderate for the GOP now is peculiar considering before G.W. Bush became president, conservatives preferred Jeb over him. Other likely contenders for the 2016 GOP nomination include Mitt Romney, Ted Cruz, Rand Paul and Rick Perry. Since Romney was the nominee in 2012, many believe it is his time to win. Although some are mistrustful of him because of his history as governor of one of the most liberal states in the country, Romney has given assurances over the past few years that he has moved to the right, much like Ronald Reagan did after serving as governor of California. Fed up with eight years of Obama’s inexperience and naivete, voters are more likely to support a candidate who has extensive knowledge and experience. Many who regret voting for Obama now wish they had given Romney a chance instead. Many things Romney predicted would happen if Obama won a second term have proven correct.

A vocal minority of the conservative base prefers Cruz, due to his outspokenness on conservative positions. He is also aided by an increasing concern that Republicans need to put up a minority or woman candidate or risk losing those demographics, costing them the general election. However, there is a significant portion of the GOP who find Cruz’s approach too divisive, needlessly alienating independents and moderates in the general election.

The Ron Paul and libertarian wing of the GOP lean toward Rand Paul. Paul has been a steady, reasoned voice on fiscal issues. Although he does not quite side with his father’s more libertarian views, which are most pronounced on foreign policy, he is notably sympathetic toward them. His positions on Israel and illegal immigration are becoming increasingly troublesome for the conservative base, as well as his recent overtures toward Al Sharpton and other “civil rights” leaders.

Once considered too moderate by many, Rick Perry has somewhat improved his conservative credentials by convincing businesses from blue states to flee to Texas, which is now booming under his leadership.

In a Republican primary with these five candidates, there is a chance Bush and Romney will split the moderate wing of the party, allowing Cruz to take the conservative base vote and win the nomination. However, there is also the possibility that the moderate wing will support Bush, and the base – already comfortable with Romney having supported him in the 2012 general – will gravitate to Romney as the safe choice to beat the Democrat, most likely Hillary Clinton.

There are a few other possible Republican candidates, but they are less likely to make it through to the end of the primary. Ben Carson, while intriguing and having clarified[5] his past troubling remarks about the Second Amendment, has so little campaign and political experience he’s a bit of a long shot. Paul Ryan has said he will not run if Romney does. There have been little rumblings from Newt Gingrich or Mike Huckabee, but Gingrich could make a formidable candidate and Huckabee is still quite visible with his Fox News show. Bobby Jindal has mostly disappeared off the national scene. Chris Christie continues his lurch to the left, becoming an almost toxic GOP candidate on the national level, not to mention his outspoken nature has alienated a lot of Republicans.

John Kasich is probably too damaged this election due to his strong support of Common Core. Similarly, Rubio has been set back with the base due to his vocal support for immigration reform, and at age 43 is considered premature. Scott Walker must overcome his lack[6] of a college degree. However, a recent Right Wing News poll[7] asked conservative websites who the most admired and hated people were on the right. Out of a list of 85 personalities, Scott Walker tied Thomas Sowell and Clarence Thomas for the most admired.

Polls[8] that include Romney show him leading by a wide margin, 8 to 11 points over the next closest Republican candidate. Oddly, most polls[9] are excluding him. This is likely being done on purpose by left-leaning pollsters – the far left Public Policy Polling is one[10] of the culprits – in order to start rallying Republicans around other candidates. The left has figured out that Romney is the GOP’s most viable candidate in the general election, and has begun the sabotage. A Quinnipiac University poll[11] earlier this year found that voters rank Obama as the worst president since WWII – even worse than Nixon or Carter – and 45 percent think Romney would have made a better president than Obama, compared to only 38 percent who maintain Obama was the right choice. Romney has a golden chance to win the election this time. Two significant questions remain: Will he stick to conservative principles, or will the voters take a leap of faith with Cruz?