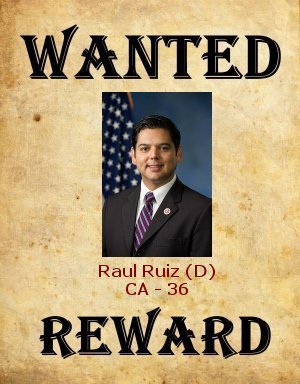 Raul Ruiz is a freshman Democratic member of the United States House of Representatives, representing the 36th District of California. He is a new member of the Congressional Hispanic Caucus. 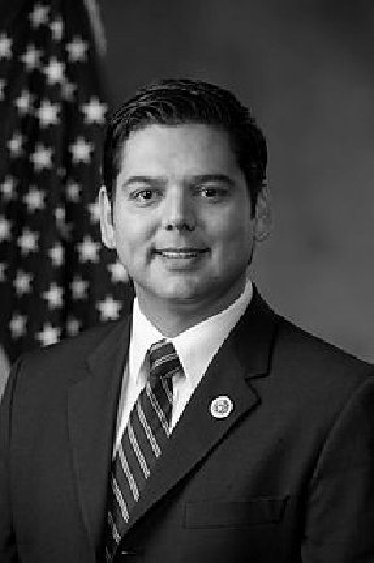 Just months after he was born in Zacatecas, Mexico, Ruiz’s biological mother died.
This led to his adoption while still a baby by his father’s sister and her husband, and an upbringing in Coachella, California.

In Coachella, “it was the Filipino farm worker strike of 1965 that spurred subsequent strikes across the state for better wages and rights,” United Farm Workers (UFW) leader and Democratic Socialists of America member Dolores Huerta recalled.

Huerta and Cesar Chavez were inspired by the Coachella strikers. “It was the Filipino farm workers’ courage that helped spur them to action,” she said.

Many veteran UFW members from that era still live in the desert. Their influence reflected in groups such as Lideres Campesinas, Pueblo Unido and Promotores Comunitarios del Desierto — a group that Ruiz was involved with.

In the summer of 1990, Ruiz walked from business to business in the Coachella Valley asking them to invest in their community by contributing to his education. He made a promise to “come back home and serve the community as a physician.”

After a stint at UCLA, Ruiz studied at Harvard from 1995 to 2003, did residency work in Pittsburgh, PA and then a final academic year in Boston, MA in 2005-2006. Ruiz then returned to the Coachella Valley in 2007 to work at Eisenhower Medical Center.

Back in Boston, Ruiz performed as a “Danzante” — a folkloric dancer in traditional Aztecan costume with troupes from across New England. It was an activity Ruiz had started at UCLA.

While in Boston, Ruiz was involved for several years with the radical North American Indian Center of Boston, a Jamaica Plain-based nonprofit that “provided support services to American Indians.”

Workers World Party mourns the loss of Bob Gustafson, a Warrior of the Mohawk Nation who was at the historic occupation of Wounded Knee in 1973 and was a longtime United American Indians of New England activist. Gustafson, who passed away on Sept. 21, was a steadfast fighter for Native-American self-determination, sovereignty and freedom, and a comrade in the struggle for socialism. We will pick up his banner and continue the struggle for liberation for all Native nations.

Ruiz participated for over six years in the UAINE’s annual Thanksgiving Day protest at Plymouth, MA – including a 1997 arrest with 24 other protesters.

The UAINE-led protest typically started at Cole’s Hill, a National Historic Landmark above Plymouth Rock, and the burial site for Pilgrims who died in the first winter after they landed there.

Tensions between authorities and protesters had existed since the first Day of Mourning in 1970. In 1997, tensions boiled over, gaining national attention.

Police arrested several protesters after scuffles broke out, with both sides blaming the other for initiating the violence.

Raul Ruiz was taken into custody during a second wave of arrests after the Day of Mourning protesters crowded into Plymouth’s Town Square. “At some point, police began hitting people with clubs,” Ruiz said in his account of the incident. “Another man and I shielded Sam (Sapiel) to prevent him from being hit. The police hit us with clubs, arrested us, and then pepper-sprayed us even though we weren’t resisting.” 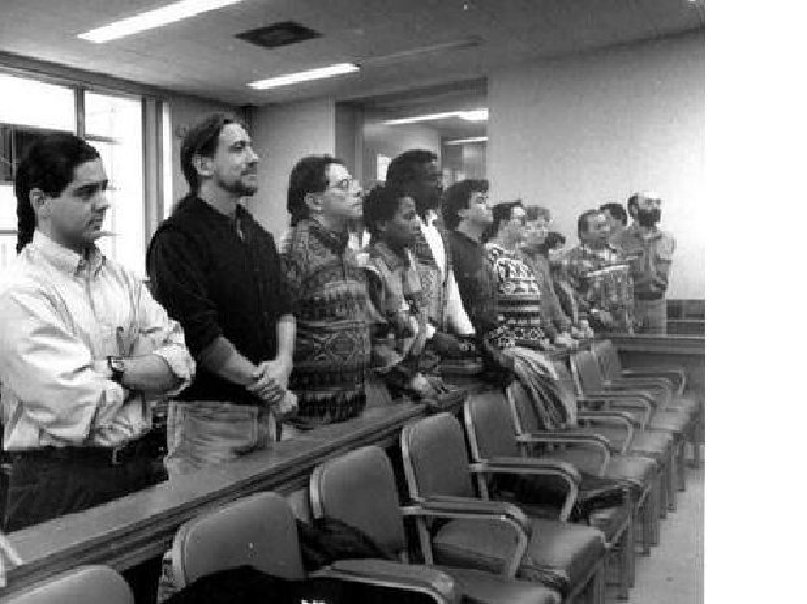 According to the police report, Sapiel was arrested for inciting the crowd after yelling “this is what they wanted,” and pointing to an officer to call him “the Mafia.” Police had difficulty pulling him away from Ruiz and other protesters and the group fell to the ground, the report stated.

In 1998, Ruiz pled not guilty to two misdemeanor offenses of disorderly conduct and tumultuous behavior. He faced up to three years in prison, but the charges were later dropped as part of a settlement that also dismissed claims of police brutality.

While awaiting trial in 1998, Ruiz told the Harvard Crimson newspaper that Thanksgiving is “the glorification of an incident in history which has a direct link to the… poverty and oppression which (Latinos and American Indians) experience today.”

Of the 25 people arrested that day, three: Steven C. Gillis, 36, of Boston; Kazi A. Toure, 47, of New Hampshire; and Stevan C. Kirschbaum, 44, of Roslindale; were leading supporters of the Workers World Party.

The January 19, 1998, Rally Against Racism in Plymouth was organized by UAINE in response to an “unprovoked police assault on peaceful Native demonstrators and their supporters on November 27th.”

UAINE elder Sam Sapiel, opened the program with a greeting and prayer. He was followed by Raul Ruiz’s Danza Azteca’s ceremonial dances.

Imani Henry of the National People’s Campaign, a poet and actor from the lesbian/gay/bi/trans community, co-chaired the rally. One of the two black women arrested at the National Day of Mourning, Henry spoke of the long history of solidarity between the African American and Native struggles, from the Seminole War to the government repression of the Black Panthers and the American Indian Movement.

Henry said of the media: “It is almost laughable to mention Dr. King’s legacy of non-violence without mentioning the racist violence with which he was constantly met, including his finally being gunned down. Racism as systemic and systematic oppression is itself an act of violence.” Imani Henry is a member of the Workers World Party.

Moonanum James, Co-Leader of UAINE, showed how “the pilgrim mythology continues to be used to justify murder, theft, racism, repression and genocide against Native people today.” The crowd cheered when he called for freedom for Leonard Peltier, Mumia Abu-Jamal and all “political prisoners.”

Larry Holmes of Workfairness in New York and the Workers World Party thanked the organizers for rescuing the struggle essence of Martin Luther King Day from empty platitudes and corporate co-optation.

Holmes said that instead of “grandstanding and pandering to the right” with his “dialogue on race,” President Bill Clinton should investigate the police attack on the National Day of Mourning.

Other speakers included Brian Shea of the Boston Disabled People’s Liberation Front, also a member of the Workers World Party.

Solidarity messages were read from several chapters of the militant American Indian Movement and from convicted cop killer and Workers World Party cause célÃ¨bre, Mumia Abu-Jamal.

1999’s National Day of Mourning was an “activist effort by Native Americans and other indigenous peoples to tell the truth about the genocide — still ongoing in some parts of the world — which is erased by history books and holidays which celebrate the lies that we are all fed as children and adults.”

Speaker Teresa Gutierrez demanded freedom for political prisoner, Mumia Abu-Jamal.
Gutierrez noted that she had just returned from supporting the anti-U.S. Navy “struggle” in Vieques, Puerto Rico and the crowd cheered again when she demanded, “U.S. out of Puerto Rico now!”

During the Thanksgiving protest, Raul Ruiz read a letter of support for American Indian activist Leonard Peltier, who had been convicted of killing two FBI agents in North Dakota. Ruiz also read another letter from Sub-Comandante Marcos of the Mexican Marxist/anarchist revolutionary group, Zapatista Army of National Liberation.

Raul Ruiz spent eight months in Chiapas in 2001, as part of a medical research project while attending Harvard medical school during a period of armed conflict between the Zapatista rebels and Mexican government.

Raul Ruiz, a member of the Partners in Health Chiapas Project, described his experience in seeing the risks women endure when delivering babies:

Julio was wet from the pouring rain and frightened. He ran through the streets of Polho, a community in Chiapas sympathetic to the Zapatista rebels, to find Carlos, the health promoter. He explained to Carlos, in Tzotzil, that his young wife, Ana, had delivered their first child an hour ago and was still heavily bleeding at home. I ran with the student nurse to the clinic’s poorly stocked pharmacy to the post-partum hemorrhage kit.

Raul Ruiz was also interested in local herbal medicines which were being investigated by doctors, obviously not sympathetic to anti-Zapatista Mexican Government forces:

As a Harvard medical student, I spent eight months investigating the use of herbs by health promoters in Chiapas during low intensity warfare. I interviewed several directors from non-government health organizations, doctors, curanderos, and countless health promoters from the highlands and jungle. I worked at two clinics and helped the organization, Equipo de AtenciÃ³n y PromociÃ³n de Salud y EducaciÃ³n Comunitario (EAPSEC) – a sister organization of Harvard Medical School based Partners in Health – train health promoters in preventive medicine and primary care. I wanted to better understand the factors that influenced health promoters’ use of herbal medicine.

Since the cease fire agreements in January 1994 between the Mexican Army and the Zapatista Army for National Liberation, the Mexican government militarized Chiapas with a third of its forces and promoted the formation of paramilitary groups to terrorize Zapatista sympathizers. Julio and Ana are two of 5,000 refugees in Polho displaced from their communities.

Physicians for Human Rights documented multiple violations of the neutrality of health care. Health promoters concurred that the Mexican government cause divisions amongst community members by providing aid only to non-Zapatista sympathizers, use state police and soldiers to assist the Mexican Red Cross deliver medicine, and interrogate clinic patients suspected of being Zapatista sympathizers. Moreover, military and immigration checkpoints are located in strategic entry sites creating fear and limits on community members’ ability to travel and organize. They also harass international human rights observers and providers of humanitarian aid, according to Physicians for Human Rights, and local non-governmental organizations.

To avoid the risk of interrogation and harassment, health promoters see herbal medicine as a means to be independent from government services. One promoter said, “we need to be prepared with medicinal plants [and] train more people in other collective work in order not to depend on the government.” Another questioned, “if there is war and we don’t know how to use medicinal plants, how will we treat the indigenous?”

Later in 2008, Ruiz further recounted the experience: “I went in romanticizing the poor and their struggle and issues with social justice. But I came out of there realizing the tremendous nature of poverty and how real policies can actually affect human lives.”

Raul Ruiz was one of the 26 House of Representatives victories chalked up to the anti-U.S. military Council for a Livable World Political Action Committee in the 2012 election cycle.