One thing you know for certain[1] is that if Obama will stone-cold lie about this for self-serving purposes, he’ll lie about anything. In 1996, he was for gay marriage… but in order to get elected in 2008, he was against it – adamantly. In 2011, he was for it again, because his base cried out for it. He was for it, before he was against it, before he was for it. Axelrod came clean on it in his book – amazing how a book deal will get a communist to sell out his comrades, isn’t it? I’m no fan of Rick Warren, but Obama lied right to his face, along with thousands of Christians in 2008 and it was all caught on tape. The digital age is a bitch when you are lying scum. 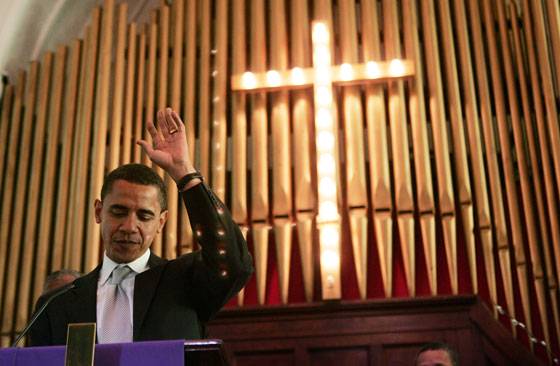 In 2008 during a stop at Saddleback Church Barack Obama told Rick Warren that “as a Christian” he believed that marriage was between a man and a woman.

Now we know that he was lying to the Christian leader.

Obama campaign organizer David Axelrod told reporters this week that Obama only said that to get elected.

David Axelrod, who served as a top White House adviser after helping Obama get elected, said Obama lied when he publicly stated his opposition to same-sex “marriage” in 2008. In his new book, “Believer: My Forty Years in Politics,” Axelrod writes that he knew Obama supported gay “marriage.”

The real Obama said in 1996, “I favor legalizing same-sex marriages, and would fight efforts to prohibit such marriages.”

Longtime Obama adviser Axelrod writes in his new memoir that Obama followed his advice that he should not declare his real position on gay “marriage” so he could avoid opposition from African American religious leaders and others to get elected president in 2008. He said Obama “modified his position” to say he supported civil unions — but not same-sex “marriage.”

Obama feigned opposition to gay “marriage” for most of his political career, compromising his true beliefs out of concern it could hurt him with voters.

But as president in 2010 he returned publicly to his original position.

Some might say that Obama’s hand gesture in the video, when he is referring to God, looks Islamic. I won’t go there, but it is curious. I personally believe Obama is lying about being a Christian as well. He’s not a flavor of Christianity any of us would ever recognize. Makes you wonder what else he is lying about. Is his marriage really strong? Kind of doubt that whopper and hey… neither daughter looks like his son Trayvon Martin. Just sayin’. This isn’t just lying, by the way. It is expert taqiyya for American infidels. It’s also scripted propaganda because he thinks we are just that stupid. Tell me again why this Marxist criminal is still in office?