A Voting Machine in Chicago is Hardwired to Vote Democrat

Voter fraud and Democrats go together hand-in-hand. So it’s perhaps not surprising to find out that a voting machine in Chicago (of all places!) is shockingly hardwired to vote Democrat. 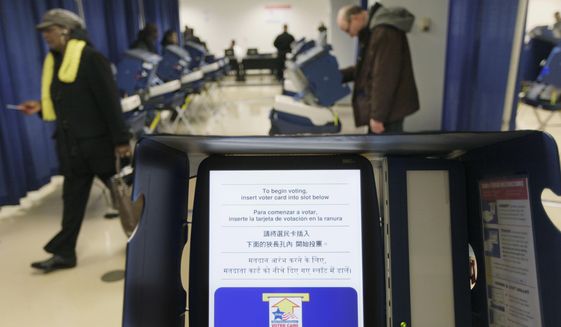 A Republican candidate in Chicago, Jim Moynihan, tried to vote for himself in early elections and was surprised to find that the voting machine registered a vote for his opponent, a Democrat:

While using a touch screen voting machine in Schaumburg, Moynihan voted for several races on the ballot, only to find that whenever he voted for a Republican candidate, the machine registered the vote for a Democrat in the same race. He notified the election judge at his polling place and demonstrated that it continued to cast a vote for the opposing candidate’s party. Moynihan was eventually allowed to vote for Republican candidates, including his own race.

Hey, Democrats get dead people to vote, so this is just another one of their cute little party tricks, right? Consider this proof that voters need to be extra cautious and remain on the lookout for shenanigans at the polls on election day.