Congrats to New York’s overtly malevolent Governor Andrew Cuomo. He has a feather in his cap, having coerced the Indian Point nuclear plant to close down by 2021, and even to cough up $15 million for “green projects.” This is sure to impress his fellow progressives as he positions himself to run for POTUS in 2020.

Liberals shout that the planet is doomed because of carbon emissions; Indian Point, which provides one-quarter of the energy for New York City and neighboring Westchester County, produces no CO2. However, moonbats don’t like nuclear power any better than coal, for murky ideological reasons. They only approve of inefficient “green” energy, possibly so called because it requires massive amounts of money to produce enough juice to make anything go.

Replacing the energy lost when Indian Point closes will not be easy, in light of Cuomo’s insane 50% renewable energy mandate. The difference has to be made up from wind, solar, and Canadian hydroelectricity imported from far away at great expense. As the Wall Street Journal notes,

The consulting firm Energy Watch estimates that Indian Point’s closure will increase electricity rates by 1 to 1.5 cents per kilowatt hour. New York already has among the highest electric rates in the country.

That isn’t the only cost Cuomo has imposed on New Yorkers:

[Indian Point] also employs about 1,000 full-time workers and pays $30 million a year to local governments. Towns and school districts may have to raise property taxes to compensate.

It should be noted that property taxes in New York are already so outlandishly high that many people including me have left the state at least in part because of them.

Cuomo is blocking fracking and a pipeline to deliver cheap natural gas to upstate New York.

The state’s future under Cuomo’s rule is looking not only expensive but potentially cold and dark.

To top it off, despite his sanctimonious green posturing, Cuomo violated environmental law to shut down Indian Point:

Cuomo never conducted a full environmental review as required by the State Environmental Quality Review Act prior to pulling the plug. … Cuomo short-circuited the review and failed to document the economic and environmental impact of closing the plant as well as the means of mitigating the damage.

If you like high-handed authoritarianism in the service of irresponsible moonbattery so much that you can’t wait for Cuomo to run for President in 2020, you might consider becoming one of the vanishing few Americans who move to rather than out of New York. 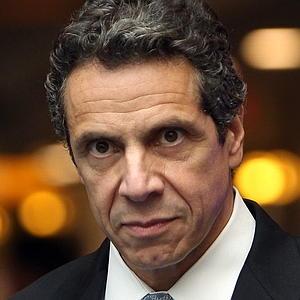 Liberalism without the nicey-nice mask.