Bestselling author Brad Thor on Thursday warned that America faces many threats, but if we continue cowering to the laws of political correctness it will be “the death of us.” With good reason. We are dying – but we are allowing them to turn the knives in our backs:[1] 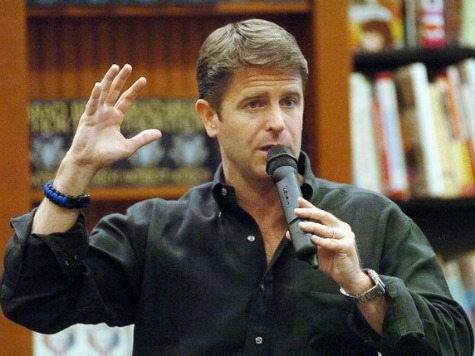 “[Progressives have] chosen a clever path — wordplay and bullying,” Thor said while guest hosting The Glenn Beck Program. “Here’s how it works: Progressives lay out an unconstitutional idea — let’s say amnesty, for example. They give it a flowery name like ‘dreamers.’ Now the trap is set.”

Thor said anyone who disagrees is “publicly chastised, mocked, ridiculed as a paranoid racist who wants to crush the dreams of poor minority immigrants.”

“Progressives have unleashed a war on thought, and since speech governs thought, political correctness is being used to change the way we speak and even the meaning of our words,” Thor argued. “Don’t believe in same-sex marriage? You’re a homophobe. … How about not believing in the redistribution of wealth? You obviously hate poor people. How about amnesty; do you believe in that? No? Well you obviously hate Mexicans.”

“But you believe in God? That makes you an extremist zealot,” Thor added. “The owners of Memories Pizza found this out the hard way. They were sought out, isolated and viciously smeared merely for answering a hypothetical question about wedding pizza! They were forced to temporarily close their doors simply for having a different opinion. My God, a high school coach even threatened to burn the shop to the ground!”

This is exactly what happens when you allow people an inch- they take a mile. Conservatives need to fight fire with fire, and say exactly what they mean. The left wants to paint this picture of Republican ignorance and bigotry, and I for one, am not going to allow it. I say what I mean, and if someone tries to paint it any differently, I call them out, and you should too.