We all remember sweet little Rue from the first ‘Hunger Games’ movie. Amandla Stenberg, AKA Rue, didn’t think much of Kylie Jenner’s latest IG selfie, and people on social media are applauding her for it.

On Saturday, the 17-year-old reality TV startlet posted a photo of herself in sweatpants, complete with a new hairdo – cornrows[1]: 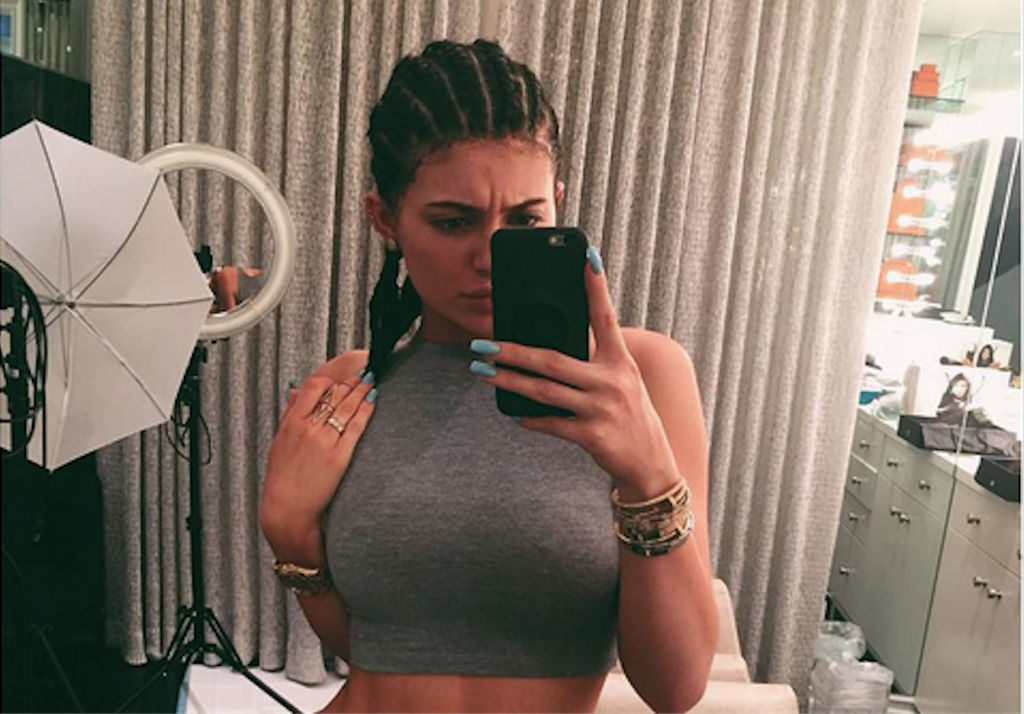 The post instantly garnered tens of thousands of comments, which she captioned:

“I woke up like disss”
Stenberg, whose claim to fame came by playing Rue in the 2012 movie, added her two cents as well. She wrote, according to screenshots captured by fellow Instagrammers:

“when u appropriate black features and culture but fail to use ur position of power to help black Americans by directing attention towards ur wigs instead of police brutality or racism #whitegirlsdoitbetter.”
Jenner quickly responded back with a retort of her own, dragging in a mutual acquaintance of theirs – After Earth star Jaden Smith. Stenberg took Smith to her prom several weeks ago, while Jenner was rumored to have dated him in the past, per The Daily Mail.

All three of the teen celebs involved have yet to comment on the rumored squabble.