MTV’s ratings[1] are swirling the porcelain drain these days big time. Just three years ago, their viewership was 10.3 million. Today, it is 5.3 million. That’s a 50 percent drop and they lost a million viewers this year alone. Why? Crappy performers and possibly the Game of Thrones are partly to blame, but what is really tanking them is bitter politics brought on stage and shoved in people’s faces.

People tune into MTV’s Video Music Awards for entertainment, not to listen to social justice warriors carp. Instead what they are getting are partisan politics. They even played “F*** Donald Trump” during a commercial break. And they wonder why no one is watching them anymore. Talk about clueless. Entertainers should not go political. When they do, they alienate half their audience and bore the other half to death. I guess MTV didn’t get the memo. 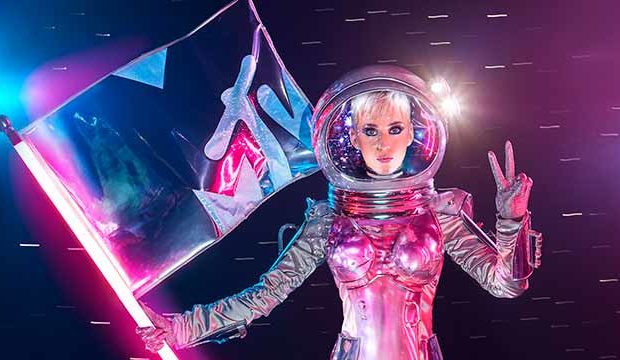 As The Daily Wire has highlighted, MTV’s Video Music Awards this year escalated its divisive embrace of partisan politics, at one point playing the “F*** Donald Trump” song for its audience during a commercial break just in case they weren’t getting the message. Seriously.[4]

But while the VMAs are taking their woke political messaging to new heights, their ratings are plummeting. As ShowBiz 411‘s Roger Friedman[5] points out, the awards show has lost nearly half of its viewers over the last three years.

The MTV Video Music Awards were hurt as badly as the white walker who was brought to the big confab of families. On MTV the awards scored only 2.6 million viewers. On all Viacom platforms the total was closer to 5.3 million– which was a big drop from the 6.5 million of last year. The VMA pre show, which was just on MTV, grabbed 1.1 million viewers.

The VMAs show a steady decline year to year. In 2014 they had 10.3 million viewers. This means their viewership has been cut by half. Each year they lose another million people.

Part and parcel of Hollywood, MTV is massively out of touch with their viewers. Katy Perry whined about Hillary Clinton losing despite winning the popular vote. She’s just dumb as a box of rocks. Paris Jackson relentlessly attacked President Trump. These people are obsessed and can’t control themselves. Not to mention the fact that most of them suck to begin with.

This is the same brutal lesson the NFL had to learn over Colin Kaepernick… Americans are sick of the political venom and those that hate our country and our President. But whereas the NFL is able to ditch players, MTV can’t really ditch entertainers. And they all think the same anyway. So their ratings are likely to keep dropping until there’s no point in them having the VMAs any longer. No big loss. It’s just ironic that they seem so confused over why this is happening to them.

A song apparently called "Fuck Donald Trump" is playing during the commercial break at the VMAs. pic.twitter.com/u5drfEzwEh[6]