No. Stop. Just knock it off. Not every movie has to have an awesome, “independent,” “empowered” female lead who kicks all those icky boys’ butts and they don’t all have to be gay. Stop this mindless pandering. It’s not doing anyone any favors.

Just because you think Wonder Woman is bi-sexual, doesn’t mean she is and it certainly doesn’t mean that she has to go around kissing girls in the movie just to make you feel better about your sub-par feminism. 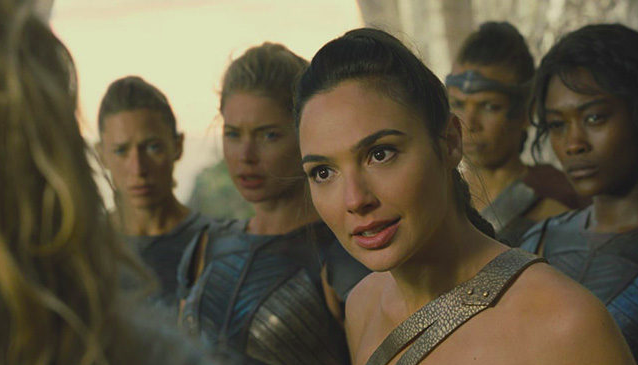 A Change.Org petition is attempting to garner signatures in order to convince the writers who are working on the sequel to the smash hit “Wonder Woman” to script in some obviously bi-sexual scenes. Why? Because sexuality has to be everywhere, you homophobic bigot.

The petition states that the movie was a hit “for everyone… except the bisexual community.”

“The likelihood of Wonder Woman being bisexual has been alluded to over the years, primarily in comics,” it continued. “Wonder Woman’s Diana Prince hails from Themyscira, land of the Amazons and inhabited exclusively by women. This alone should serve as reason enough to confirm her sexuality, since any close relationship she could have had prior to her romantic storyline with Steve Trevor would have had to have been with another woman.”

Perhaps not every Amazon is sexually charged? Perhaps she lives in a world where not every person around her is focused on who they sleep with? Perhaps you’re projecting human emotions and sexuality on a woman who is not human? And perhaps, just perhaps, you’re overthinking things because you need something to fit your narrative?

Wonder Woman is a superhero who saves people and looks good while doing it. She’s not supposed to be some SJW dream where everyone is gay, trans, some race other than white and atheist.

Why do you keep pushing? And don’t say it’s for “acceptance” because we both know it’s not. You want every sexuality to be celebrated in movies, even when it doesn’t fit the storyline because you need external validation. You want to push your agenda in the faces of movie-goers in the name of “tolerance,” but you can’t tolerate the fact that Wonder Woman is not bi-sexual.

If you want a gay superhero, then make one. Nobody is stopping you. Go out and make a movie about The Incredible Hipster, who is a gay, latte-sipping, screenplay-writing, skinny jean-wearing liberal by day and a Nazi-punching superhero by night. I’m sure that would rake in the big bucks.

But for the love of all that is fluffy, stop trying to force puzzle pieces where they don’t fit. You’re just embarrassing yourselves.