This officer has a fantastic voice![1] When the singer, Leslie Dorchester, got caught in traffic due to a snowstorm, Officer Carlton Smith stepped up and volunteered when asked to sing the National Anthem. He had a five minute notice before singing. He is a former American Idol contestant. This kicked off a college basketball game between West Virginia University and the University of Kansas. The crowd cheered and chanted ‘USA, USA!’ I loved that he had his uniform on… it made it even better. 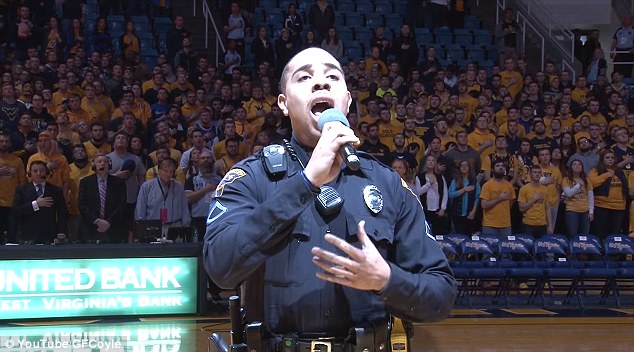 A police officer who is also a former American Idol contestant gave an incredible impromptu performance of the national anthem when the scheduled singer got stuck in traffic.

Officer Carlton Smith dazzled the crowd as he sang a storming version of the Star-Spangled Banner on Tuesday night, kicking off the college basketball game between West Virginia University and the University of Kansas.

In video capturing the knockout performance, the crowd is seen erupting into cheers and applauding Smith as he walks from the middle court after singing.

It was an outstanding impromptu performance. Although being a cop is his day job, singing is Carlton’s passion. “Any chance I get to do the national anthem is always a big deal to me. I was just basically hoping I didn’t mess it up too much,” he said. Well, he certainly didn’t mess it up… it was spine-tingling as Inside Edition[3] put it. Smith was working security at the game when he was tapped for the performance. Dorchester said she was devastated she was unable to make it for her scheduled performance that night. She literally tried to run in the snow and ice to make it to the game. On Friday, Dorchester wrote on Twitter that sometimes ‘good things happen to those who are late.’ Yes, they do and Carlton Smith’s performance was definitely a good thing. 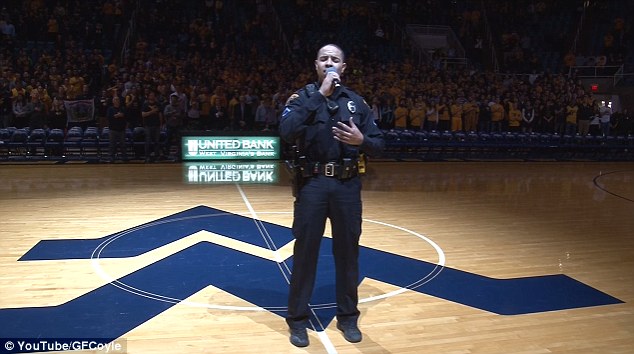 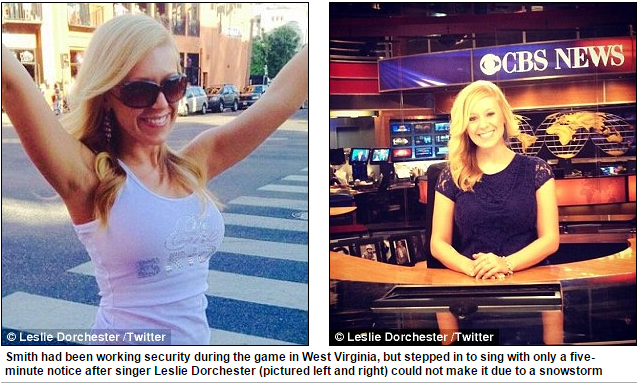