Well, boys will be boys… Before everyone goes all moral and military code here on me, I’d just like to say that every once in a while, it’s a good thing for the military to remember exactly what they are fighting for. And I don’t mean burqas and hijabs. The lads of the Utah National Guard were naughty and got ‘busted’ for a very revealing photo shoot – Hot Shots 2015. In the male universe – hot chicks and guns, what’s not to love[1]? 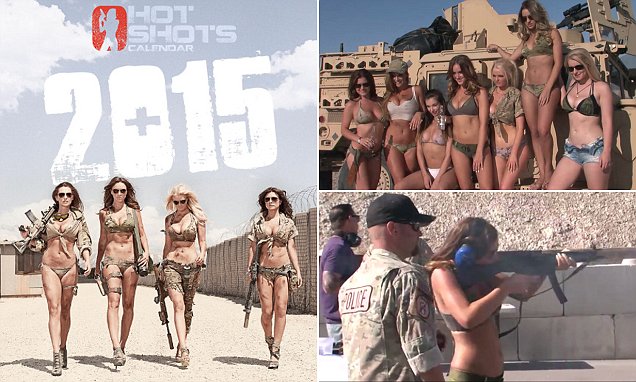 In a shocking new development, guys like girls. In what is being advertised as the Utah National Guard being “busted” doing a bikini clad video shoot for its pinup calendar, this behind-the-scenes video runs from hot to risque.

The video shows British women in tawdry poses riding military vehicles and holding weapons. It is unclear where the proceeds from this video and the calendar are going.

I disagree with the National Guard on this one… Pinup calendars are about as American as it gets. Today you just get added video with the pinup. I have a very Libertarian view on this type of thing. Now, they should have gotten permission, that is true. But sometimes it is better to be forgiven, than ask said permission. And who gives a crap where the proceeds go? Yep, its sexy and tawdry. Yep, its the military and it the birds and the bees — with guns.