Thousands Band Together to Find Deaf and Blind Dog

I think the world needs more positive stories like this one. Dunhill, a 15-year-old blind and deaf Jack Russell, found himself lost in some mangroves around March 28th. His distraught owner took to social media, hoping to alert the community to the missing pup. What happened next blew her mind.[1] 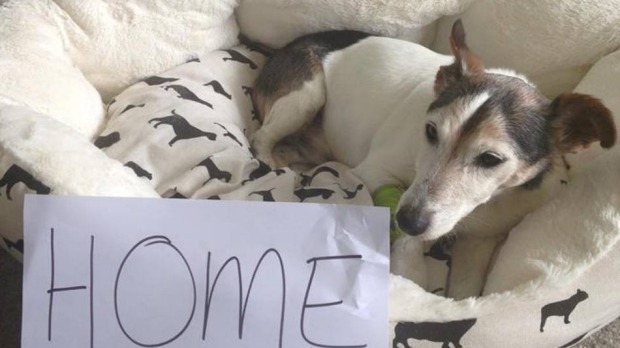 A deaf, blind dog seemed to be up against the odds when he became lost in mangroves, but thousands of animal lovers came to his rescue.

Owner Angela Beer said she tried not to fear the worst when she discovered her 15-year-old jack russell missing from its home in the upmarket Auckland suburb of Westmere.

“I didn’t want to think he was injured, alone and dying in the dark.”
Dunhill was found after a land, sea and air search.

She had been looking after her sick mum while some friends house-sat on Saturday night, March 28, when the dog escaped.

Refusing to give up hope, Beer sprang into action and posted missing posters on social media.

She said she was taken aback by the response as thousands of people shared her post online.
“Always naughty” and more than a little lucky.
Supplied

“Always naughty” and more than a little lucky.

A land, sea and air search was launched to find her little disabled dog, with kayaks, a drone and even a helicopter helping in the four-day search.

Three-hundred volunteers – many of them strangers – also arrived to scour the mangrove 300 metres from her house, she said.

The search party included people from all walks of life, including a local homeless man who kept vigil at night, she said.

However, Beer said she feared they were all searching for a body.
Ad Feedback

Dunhill was used to life in his sheltered Westmere manor where his owner pandered to his every need, she said.

“He’s not a world-weary traveller.”

But miraculously, the dog was found.

Beer’s next door neighbour found Dunhill in the middle of the swamp on April 1.

“”He was covered in mud because he was in the mangroves. He was hypothermic and dehydrated. I don’t know how he survived.

“She bundled him up in a cardigan and rushed him to my house.”

After a few days recovering at the vet, Dunhill has just returned home.

What a lovely outcome for this dog and his owner. It’s good to know that pet lovers everywhere were willing to gather and search for this animal.