Usually when I go out with my friends, we go chill at a Pita Pit and get in a fight and pull knives on each other. Or naw[1]: 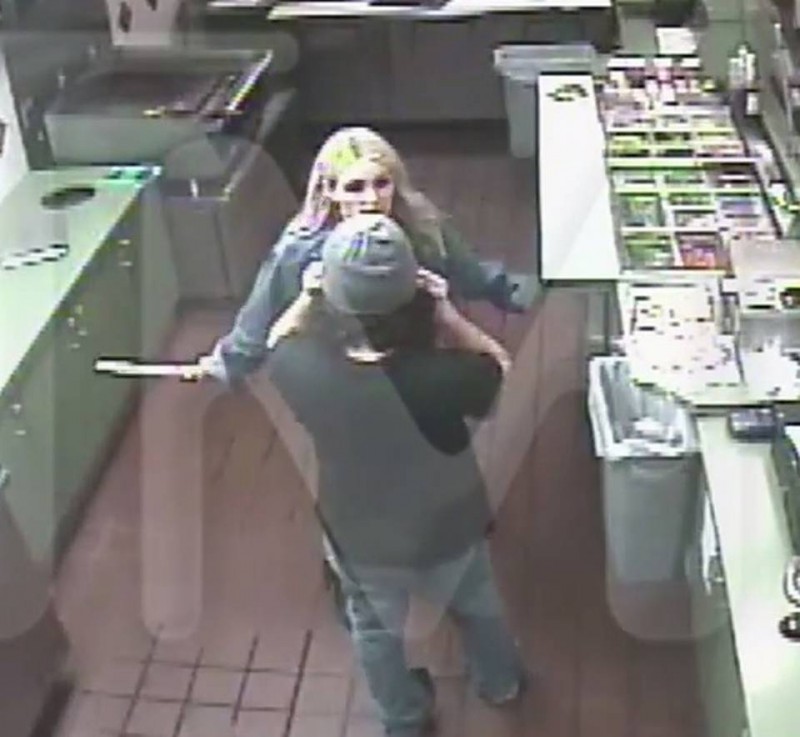 Video has emerged of the moment Jamie Lynn Spears pulled a knife during a sandwich shop fight in Louisiana.

Britney Spears’ younger sister, who is a former Nickelodeon star, is seeing brandishing a seven inch bread knife in CCTV footage captured during the showdown, which happened last month.

The 23-year-old is seen grabbing it from a kitchen counter top after her friend got caught in the middle of a brawl at the Pita Pit in Hammond, Louisiana.

TMZ reports that the incident occurred when Jamie Lynn was visiting the health food wrap chain for a late night snack and her female companion was allegedly hit with a bottle.

The shop employee was seen on the phone, presumably calling the police, as the diminutive star waved the knife around.

TMZ claims that when officers arrived, Jamie Lynn’s friend did not want to press charges, so no arrests were made. Hours before the fight, the mother-of-one shared a picture of her and a friend posing on their low-key night out.

Who the hell pulls a knife at a Pita Pit, anyways?