“So this is how liberty dies…with thunderous applause.”[1] Four years to make a global pact that will accomplish nothing other than redistributing wealth and lining elitist pockets while further taxing and suppressing the world’s inhabitants. Well done. Not bad for a bunch of craven fascists. Today in Paris, a global climate accord was approved by representatives from more than 196 nations. Obama tweeted immediately afterwards, “Huge!” So eloquent and pathetic. These criminals cried and hugged each other after stripping citizens of their rights and their means of keeping warm and cool. It was much better than Cats, trust me. The only reason the agreement was delayed for two hours is because… wait for it… the U.S. wanted the word “shall” changed to “should” in a clause on emissions targets out of fears that it might require the Obama administration to seek approval from the Republican-controlled Senate. I kid you not. 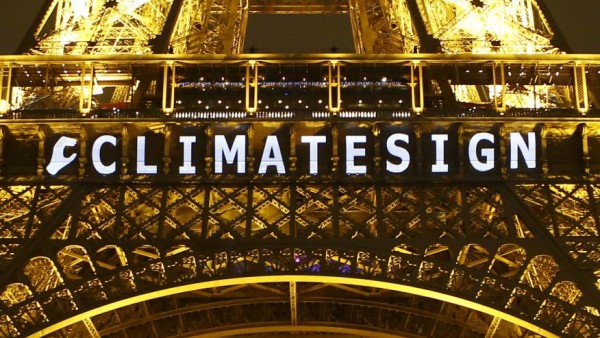 Talks in Paris to reach a far-reaching global climate accord ended Saturday with governments from around the world agreeing to reduce their use of oil, gas and coal to limit greenhouse gas emissions.

Loud applause erupted among the international delegates after French Foreign Minister Laurent Fabius gaveled the agreement in a large conference hall where the talks were being held. Some delegates started crying. Others embraced.

More than 190 countries had been negotiating the pact for four years after earlier attempts to reach such a deal failed.

President Obama tweeted “huge” after the accord was adopted.

“The world is holding its breath, it’s counting on all of us,” the minister added. No… the world is now waiting for the new taxes you will slap us with and new regulations that you will try and shove down our throats. Revolt is looking better and better. Obama circumvented Congress and the American people on this. Whoever comes into office should not honor this pact and it should be disregarded at every turn. Resistance should become the norm now. In no way should it be adopted. If it were, it would go into effect in 2020, so there is time to derail this nonsense. This is all a farce – they think we are all incredible fools. It is truly the rise of a global system as Drudge put it and it should scare the crap out of people. This witch hunt will just get worse and worse at this rate and green fascism will sweep the globe. This isn’t a victory. It’s an environmental Spanish Inquisition.