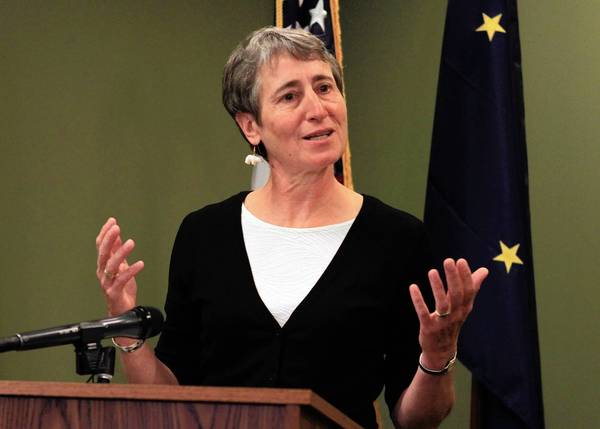 It’s the Marxist nationalization of America, one acre at a time. The government is getting ready to seize even more land to put under federal as well as UN control (see UNESCO[3]). If they control the land, they control the food and they control the people. The Marxist moonbat Interior Secretary Sally Jewell, who has been on the job about 6 months, is touting the coming Jack Bootedness of the Obama Administration using conservation as a shield[4]:

Jewell said the logjam on Capitol Hill has created a conservation backlog, and she warned that the Obama administration would not “hold its breath forever” waiting for lawmakers to act.

“The president will not hesitate,” Jewell said in an interview in San Francisco last week. “I can tell you that there are places that are ripe for setting aside, with a tremendous groundswell of public support.”

Congress has not added any acreage to the national park or wilderness systems since 2010. Jewell blamed ramped-up rhetoric in Washington for the impasse. She said the appetite for preserving American historic and cultural sites remains high but some officials seek to avoid the appearance of publicly embracing more government protection.

And, the wicked witch of the West is right there in the fray too… Dianne Feinstein, who is not content to try and kill the Second Amendment, has turned her toxic gaze on an American land grab. Feinstein, Jewell, Brengell and others are pushing for a fascist bypass of Congressional power to take over the former Land of the Free:

Sen. Dianne Feinstein (D-Calif.) has proposed sweeping legislation that would add thousands of acres to Joshua Tree and Death Valley national parks and the Mojave National Preserve, protect 74 miles of waterways as wild and scenic rivers, designate 248,000 acres as wilderness and create the Sand to Snow National Monument running from the floor of the Coachella Valley to the peak of Mt. San Gorgonio.

The conservation community has a long list of places that it believes require protection, but activists complain that with sequestration budget cuts on top of congressional reluctance to promote conservation, little is getting done.

“It’s been nearly impossible to figure out how to get more funding for conservation work, whether it’s just getting money to run agencies or getting full funding for the Land and Water Conservation Fund,” said Kristen Brengel, who lobbies Congress for the National Parks Conservation Assn. “There is almost no hope for the wilderness or monuments bills – they are being held up.”

Brengel said Jewell’s willingness to recommend that Obama act unilaterally, using powers granted to presidents under the Antiquities Act of 1906, gives hope to conservationists who see the administration as indifferent to environmental issues.

“The take-away is she’s kind of teed herself up to make those recommendations to the president,” Brengel said. “They are capable of making decisions on conservation. They just haven’t made many of them.”

The Antiquities Act gives presidents authority to name new monuments – a power generally residing with Congress. Presidents going back to Theodore Roosevelt have used the act to set aside natural wonders, including the Grand Canyon in 1908, which was later named a national park against the wishes of local officials.

But use of the act in recent years has sparked strong protest. Most notabley was President Clinton’s decision to designate the Grand Staircase-Escalante National Monument in southern Utah in 1996, putting one of the nation’s largest coal reserves off limits to mining.

Although Obama is using some of this despotic overreach to name monuments after communists, such as the Cesar E. Chavez[5] National Monument in Kern County, the real agenda is to bring an iron fist down on land ownership in the US and strangle our energy production. Say it with me… Agenda 21. As the feds get ready to seize even more land, Obama flips the bird to Congress, the Constitution and the American people.