Study: People Who Worry About Global Warming Use the Most Electricity

If you look up “liberal” in a thesaurus, one of the synonyms would be “hypocrite”, because liberals are the people who always find it necessary to force other people to do things they’re unwilling to do themselves. Take global warming, for example: a new study just found that the people who pretend they care about it actually use more electricity than those who don’t. 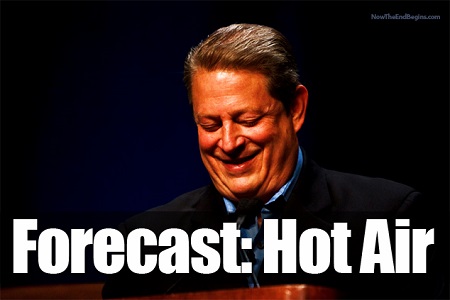 People who claim to worry about climate change use more electricity than those who do not, a Government study has found.

Those who say they are concerned about the prospect of climate change consume more energy than those who say it is “too far into the future to worry about,” the study commissioned by the Department for Energy and Climate Change found.

That is in part due to age, as people over 65 are more frugal with electricity but much less concerned about global warming.

However, even when pensioners are discounted, there is only a “weak trend” to show that people who profess to care about climate change do much to cut their energy use.

The findings were based on the Household Electricity Survey, which closely monitored the electricity use and views of 250 families over a year. The report, by experts from Loughborough University and Cambridge Architectural Research, was commissioned and published by DECC.

No real surprise there, as the Global Warming Alarmist-in-Chief himself, Al Gore, uses over 20 times more energy than the average American home. Like every other liberal pet cause, global warming has nothing to do with actually saving the environment, and everything to do with liberals trying to grasp more control over American lives.