Baby, it’s cold outside…[1] so cold, that even Yale moonbats are seeking shelter to stay warm. Guess all that divestment from fossil fuels kind of goes by the wayside when the bitter cold of winter sinks in, huh? Perhaps what they mean is no fossil fuels for the masses, just the elite, which of course, Yale attendees would qualify for. What’s yours is mine and what’s mine is mine. I highly doubt these pampered morons would spend five minutes shivering unless it was in Marxist ecstasy at Obama’s feet. It hurts when Mother Nature decides to smack you in the face with a frozen trout. Pity their brains will never know the difference. 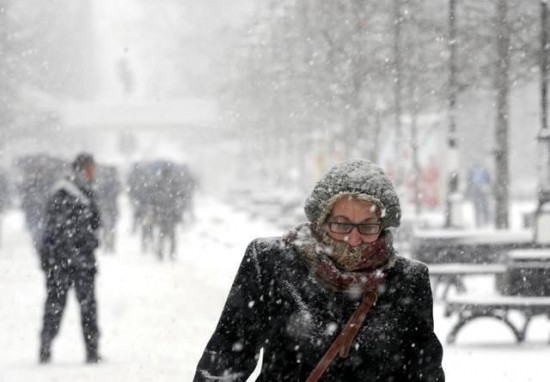 Yale anti-fossil fuel campaigners have indefinitely postponed a protest that was set for this weekend due to “unfavorable weather conditions and other logistical issues.”

Fossil Free Yale, a group pushing the university to divest itself from fossil fuels, told the Yale Daily News that frigid, snowy weather set for this weekend will mean their global warming protest will have to be postponed.

FFY’s Mitch Barrow said that “unfavorable weather conditions and other logistical issues, including some cancellations from speakers and performance groups” would mean they would not be able to rally on Global Divestment Day — a day where environmental groups urge institutions like Yale to divest from fossil fuels, like coal, natural gas and oil.

As this reporter writes this article, the weather in New Haven, Connecticut where Yale is located stands at -9 degrees Fahrenheit with wind chill. Saturday is expected to have weather in the low 30s with snow and Sunday will be 20 degrees with snow and rain, according to the Weather Channel[3].

I’m sure they’ll lie snug in their warm beds with central heat and a roaring fire going, dreaming of a world in which humans live with nature in harmony. Yeah… except you forgot that would mean freezing to death and getting eaten by wild animals. But you go ahead and protest global warming – it gives your pathetic, empty lives meaning, even if it is a lie a two year-old could see through. Meanwhile, the season we all call “winter” rages on and doesn’t give a flying crap about your climate change mantras. The only hot air you should cut is coming from Al Gore and other elites who are telling the rest of us to do without. I hear it’s toasty in hell – they should go there… permanently.