We are hearing about a possible second terror attack in connection to the van ramming in Barcelona, Spain earlier this morning.

Fox News is reporting on gunfire being exchanged between a white Ford Focus (which allegedly hit two police officers at a check point) and Spanish police. 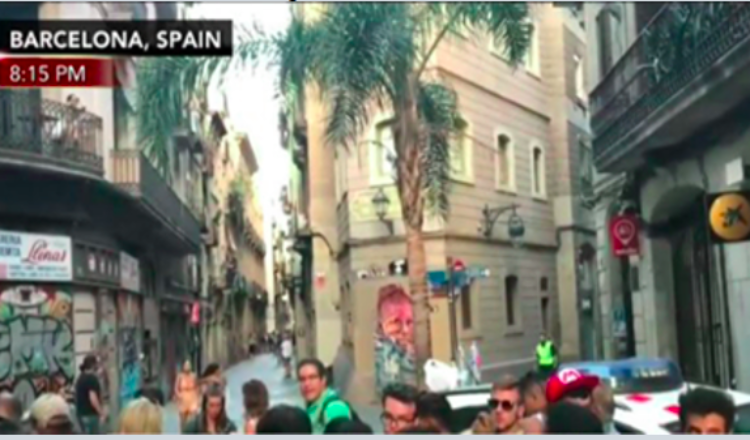 They posted the breaking news on Twitter, announcing that gunshots had been fired. The exchange occurred between police and the passengers of a white Ford Focus who had just mowed down two officers at a police checkpoint.

Report: Somebody has opened fire on police in second possible attack. #Barcelona[2] pic.twitter.com/EiqOymOsvj[3]

This came on the heels of a van attack that has left 13 dead and 100 injured so far.

One of the attackers in the van has been killed, according to reports. If this is true, I’m overjoyed. There is no reason to keep more than one of these evil maggots alive and the only reason one gets to live is because we need all of the information necessary to take down any and everyone related to these attacks.

Police are on the hunt for the driver of the van that rammed through a crowded tourist area in Barcelona Thursday, killing 13 people and wounding more than 100 others in what investigators called an act of terror.

At least two people have been arrested as suspects in the attack, according to the regional president of Catalonia. One of the suspects is a Spanish national from Melilla, and the other is a Moroccan citizen who lived in Spain legally.

ISIS claimed responsibility for the terror attack on Thursday through its propaganda arm, according to SITE Intel Group.

“The perpetrators of the attack in #Barcelona are Islamic state soldiers and carried out the operation on command of [ISIS’ leader] of targeting coalition countries,” the ISIS release stated.

Let’s hope Spain takes these attacks seriously and begins cracking down on the people who committed this atrocity.