Can you imagine this happening in your neighborhood?[1] 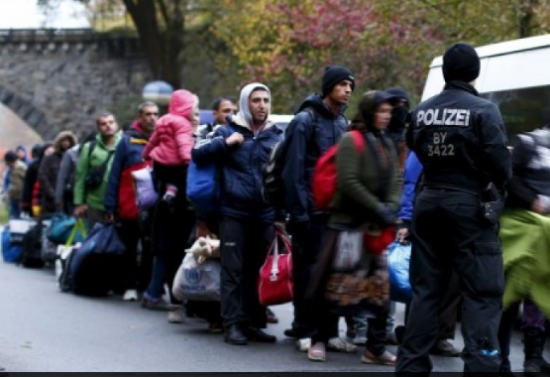 German government officials have compelled a small town with just 102 people to take in approximately 750 migrants from Syria and other countries, The New York Times wrote Saturday.

Sumte, a small town at the western fringe of the former East Germany, was informed earlier this month by its municipal government that it had been assigned to accept over a thousand of the asylum seekers that have poured into Germany over the course of 2015. The number was so high that mayor Christian Fabel first thought it was a joke, but after a storm of local protest, the figure was lowered to 750, not out of sympathy but because it was believed a thousand would overwhelm the town’s sewage system.

The municipal government plans to house migrants inside an abandoned office building, but other than that, services for them will be scarce. Sumte has no school, no shops, and extremely limited public transportation options. Residents have expressed fears that the migrants, who are disproportionately young men, will bring a crime wave that will make it unsafe to go outside. Officials have responded by saying it will still be perfectly safe to go out at night, because the town’s streetlights will stay lit.

There are places in Europe where the locals have taken to vigilantism[2] in response to their governments’ flooding the streets with migrants from an alien and hostile culture. The demand for guns has skyrocketed[3], and in places like Stockholm there is rampant violence[4] on both sides.

This is what happens when government loses the consent of the governed. Europe faces a rocky road ahead.