Europe has accepted the largest number of migrants in the world and it does not seem to be going well. Crime has risen in many of the countries that have accepted refugees, causing angst and bitterness among Europeans. But the migrants aren’t happy either… and they blame Europe[1]. 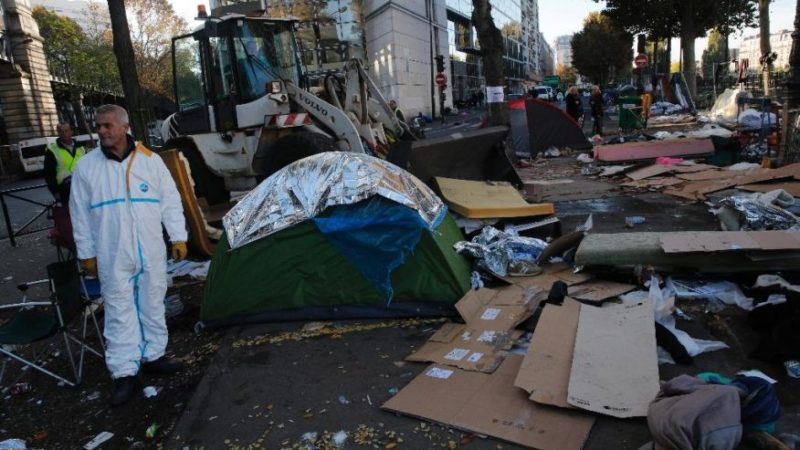 The largest migrant camp in Paris is outside the Porte de La Chapelle metro station, where hundreds of migrants live in tents. Many of the migrants come from countries like Sudan, Eritrea and Nigeria. And the migrant camps have been stricken with problems, including fighting and a lack of food. The migrants say that the French government has been letting them down.

Rolando is a 25 year-old from Nigeria, who said he came to France to start a family and had taken a six-month course in international relations. He claims that fighting in the migrant camps is common, although the police presence had been increased after a lorry was overturned next to the camp and a brawl broke out during food distribution which left one man seriously injured. And according to Rolando, the French are amused by their suffering.

“They prefer seeing us on the streets suffering,” he said. “I observe people passing by, whenever they gazed at us they would be smiling! As if they are happy seeing us suffering, you understand? We blame them, for what they did to Africa! Let’s assume that they did not spoil our country, you wouldn’t have seen me here.”

Rolando also claimed that terrorist organizations like Boko Haram were created by British spy agency MI6. And while charities frequently deliver food to the camps, migrants still say they are hungry. “They are bullshit,” a 32 year-old unnamed migrant said. “They deliver water and you know. We don’t need nothing.” The migrant instead said that he wanted documentation from the French government.

The main migrant camp used to be near the Stalingrad metro station, but mass brawls were so common that the camp was cleared by police and fenced off to prevent more migrants from camping there in the future.

These migrants seem to believe that somehow, they are victims of their circumstances and that they are owed something from the French government. But the reality is, they are not victims and if they want their situation to improve, then they need to work towards it themselves, instead of demanding for things to be handed to them.