Can you believe they used that excuse for not apologizing?

Hope you haven’t just had breakfast, because this will probably make you queasy[1]… 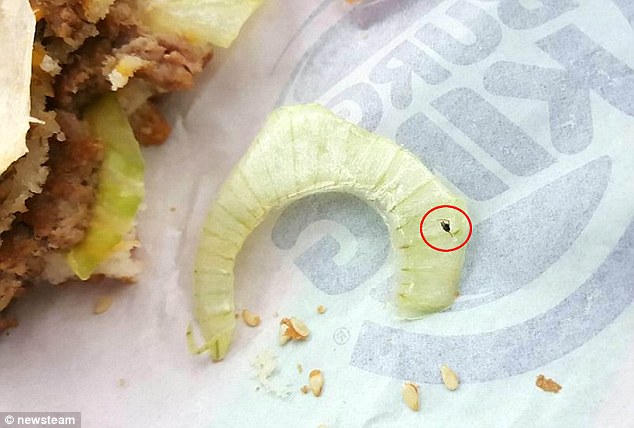 A mother-of-four who said she found a spider in her Burger King Whopper was left furious when staff refused to apologise because they ‘don’t grow the lettuce’.

Kelly Szadal, 35, ordered a Big King burger with her husband, Matt, 31, when she noticed ‘something black’ poking out of the side.

Shocked, she lifted off the bap and was horrified to discover a half-cooked spider sitting on top of the meat in the fast-food giant’s Hanley branch in Stoke-on-Trent.

Outraged husband Matt went to the counter to complain and was astonished when he was told by staff they wouldn’t apologise because they ‘don’t grow the lettuce’.

Speaking from her home in Norton, Stoke-on-Trent, full-time mum Kelly said: ‘I was eating my burger when I spotted this leg sticking out.

‘At first I thought it was a bit of black from the burger and then it fell out onto the lettuce and I realised it was a spider.

‘I turned around to Matt and said, “There’s a spider in my burger”. He didn’t believe me at first, but then I picked it off with an onion and he was shocked.’

She added: ‘He complained and got a refund for us, but they refused to apologise. You could tell they just wanted us out of there, they didn’t want us causing a scene.

‘I felt disgusted. I don’t like spiders as it is, but to have a half-cooked one in your burger.

‘This happened in November, and we’ve been waiting for an apology ever since – that’s all we want – but they still haven’t said sorry.

‘They keep blaming different people, but don’t accept it themselves. I won’t be bothering going there again – it was pretty horrible.’

To be fair, it’s a tiny little critter, and it’s not inconceivable that a spider could make its way onto a burger via the lettuce. It’s probably not the end of the world.

Still, when something like this happens proper customer service protocol ought to be that you obsequiously massage your injured customer, no? It doesn’t sound like Burger King UK has that part of their business model locked down.