Fresh off of the London Bridge terror attack in the United Kingdom, another breaking incident has people afraid that terrorists have struck again. This time, the target is Paris and a situation is currently unfolding[1] at one of the city’s most famous religious sites: the Notre Dame cathedral. 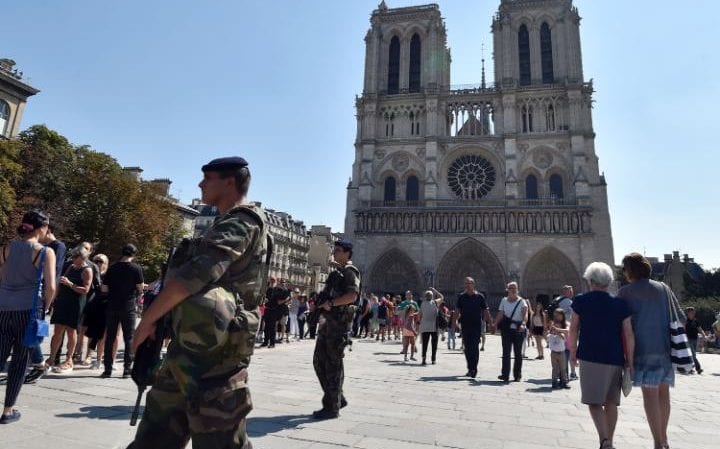 A man allegedly attacked police officers with a hammer outside of the cathedral before being shot by police, causing panic and chaos. Witnesses reported hearing gunshots and explosions as the cathedral was put on lockdown. The man was reportedly shot in the chest and is currently being treated in a hospital.

Visitors barricaded themselves inside the cathedral, which is the most popular tourist attraction in France. “Just witnessed a shooting on the square in front of the Notre Dame,” tourist Amanda Beasley, visiting from Texas, said of the event. “We ran for cover and were able to escape unharmed. We are all safe. One attacker was shot and the police are still trying to locate others.”

Video from the attack shows the chaos and terror it caused, with police rushing to the scene with their weapons drawn.

French counter-terrorism officials are already investigating the attack, as the country has been on high alert thanks to multiple terrorist attacks over the past several years. Over 200 people have been killed in France due to acts of terrorism and fears have likely grown even higher after the attacks in Manchester and London.

The attacker was said to have hit a police officer twice in the head before the wounded officer was able to fire his weapon. The officer’s condition is currently unknown.