Did the Queen Just Send a Secret Message During Brexit Announcement?

Queen Elizabeth gave a speech to Parliament today and her choice of wardrobe has been raising some eyebrows. Typically, the queen dresses in the Imperial State crown and robes, but instead, she chose to wear a day dress and matching hat. And some think she was sending a message with that outfit[1]. 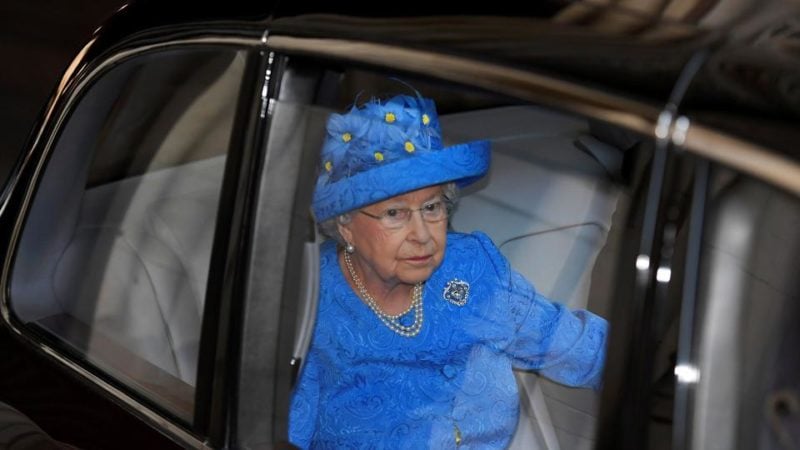 Queen Elizabeth wore a royal blue dress, with a matching hat. But the flowers on the hat — seven flowers with round yellow centers — were thought by some to resemble the European Union flag, which features yellow stars on a blue background.

Immediately, people began reacting on Twitter, wondering if the ensemble was planned to send a message of support for the European Union.

Love the EU colours. Has the Queen gone somewhat subversive?
More likely the palace is not familiar with the EU flag…#QueensSpeech[5] https://t.co/ctAU2kKAkQ[8]

Indeed. For the 1st time she has decided not to wear the crown. has chosen this hat and this color. Quite clear to me.

The overall ceremony surrounding the queen’s speech was toned down from years past. It took place just four days after the Trooping of the Colour, a major military event, meaning that the British troops were unable to arrange for two big events in such a short period of time. Typically, the queen arrives in a procession, with a carriage containing the Regalia — the Imperial State crown, the Cap of Maintenance and Great Sword of State — but as that was cancelled, her wardrobe was toned down as well.

She also typically has heralds there as she takes the throne to deliver her speech, but they were absent this time, as well.

Do you think the queen was trying to send a message, or is it just a coincidence?