As more and more Muslims invade England, the British are finding themselves trying to find ways to deal with the religion of peace and tolerance, which strangely refuses to be peaceful and tolerant. Hearing that Muslim “morality squads” were stealing Easter eggs from students would be shocking if it were anywhere but in England, where the most popular baby name has been Muhammed for several years now. 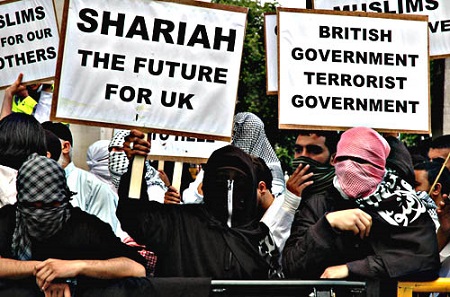 Children who took Easter eggs to class allegedly had them confiscated by “Muslim morality squads” patrolling a school in Birmingham, England, according to press reports.

The school is at the centre of an investigation into claims Islamic hardliners are attempting to infiltrate and run secular state schools in the city.

The mother of one of the students – who did not want to be named for fear of reprisals – told the Daily Express that groups of older students were taking the eggs from younger children and teachers were ignoring their actions.

… At least six schools in the city have been implicated in a “Trojan Horse” plot by extremists to “Islamize” secular state education. This has included illegal segregation of students according to sex and discrimination against non-Muslims.

The Islamization of Britain has been very successful indeed. Muslim gangs, public beheadings, creeping sharia law — and the public sits back and lets it happen because if they criticize the religion of peace, Allah only knows how the Muslims would respond.