Anyone familiar with Sharia law knows that it’s a scourge upon the planet, rife with human rights abuses and misogyny. Yet for some reason, Europe can’t stop itself from bending over backwards to accommodate it — including the United Kingdom’s new prime minister. 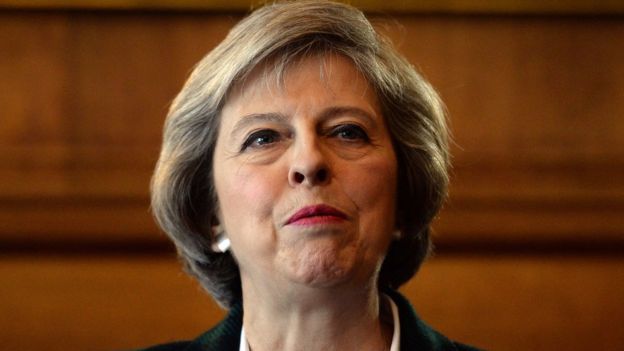 May sparked controversy when she spoke out in support of the Islamic courts operating in the country, telling the nation they could “benefit a great deal” from Sharia teachings.

The future Tory leader made the comments as she ordered a review into the system which are accused of ordering women to stay with abusive partners.

Mrs May, said she is worried the courts are “misused” and “exploited” to discriminate against Muslim women, but defended their place in society.

Sharia is Islam’s legal system derived from both the Koran, Islam’s central text, and fatwas – the rulings of Islamic scholars.

There are thought to be around 100 Sharia Law courts operating throughout the UK, dispensing Islamic justice outside the remit of our own legal system.

Judgements handed down by the informal courts have no legal basis, but there are fears their presence means many Muslim women are not getting access to the justice they deserve.

It’s absolutely insane that any civilized country would ever defend a Sharia court operating outside of the justice system, but here we are. What will it take for these people to wake up??