What Say You To Remotely Having Your AC And Fridge Shut Down During Peak Time Energy?

This is the logical extension of “smart grid” policies. 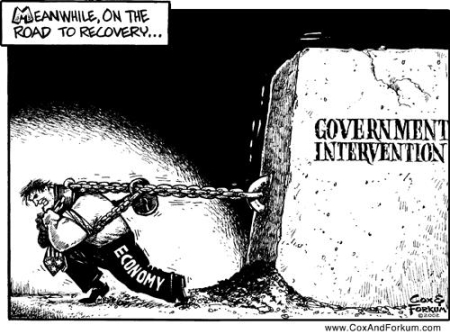 (UK Daily Mail[2]) Fridges and freezers in millions of British homes will automatically be switched off without the owner’s consent under a ‘Big Brother’ regime to reduce the strain on power stations.

The National Grid is demanding that all new appliances be fitted with sensors that could shut them down when the UK’s generators struggle to meet demand for electricity.

Electric ovens, air-conditioning units and washing machines will also be affected by the proposals, which are already backed by one of the European Union’s most influential energy bodies. They are pushing for the move as green energy sources such as wind farms are less predictable than traditional power stations, increasing the risk of blackouts.

This would increase costs for consumers and leave them at the mercy of the power company, which would decide whether to shut down your home appliances, possibly leaving you with sweltering inside temps, spoiling food, and no way to wash your clothes.

BTW, all those appliances are Bad for ‘Climate Change’. What, you didn’t think there would be some sort of globull warming aspect to this story? Sure, they refer to it as “Big Brother”, but The National Grid is a privately owned company. Big Brother is supposed to be Government. Ah, here we go

The National Grid — a private company that made :£2.6â€‰billion profit in 2011 — is required by law to balance supply and demand in the network.

However the EU has set a target that 20 per cent of all electricity will be generated from green sources by 2012 — but these are unreliable, making the task more difficult.

The solution proposed by the National Grid, along with its counterparts in 34 European countries, is to install the controversial devices.

You have all sorts of people, including civil liberties groups, complaining about this plan, but, interestingly, this is simply a direct result of the Leftist policies regarding hotcoldwetdry, otherwise known as ‘climate change’. They’ve been pushing this “smart grid” issue for years now, and the next step is another entity control over your appliances and energy usage. California Democrats attempted this a few years ago when they tried to pass legislation[3] giving power companies control of citizens thermostats. Nancy Pelosi herself, back when she was still Speaker, advocated for this exact thing, regarding energy usage and our homes environmental footprint.

But, as we see, Warmists are fine when ‘climate change’ solutions affect Other People, but not themselves.

BTW, The National Grid is saying that, at most, consumers will see their appliances turned off for a few seconds, and will barely be affected. I think they miss the point that they still would control the appliances. To save Gaia from getting a fever or something.