Obama angered a lot of Britons when he ran his mouth about Brexit. And one Brexit leader made that painfully clear when he came to the Republican National Convention this week. 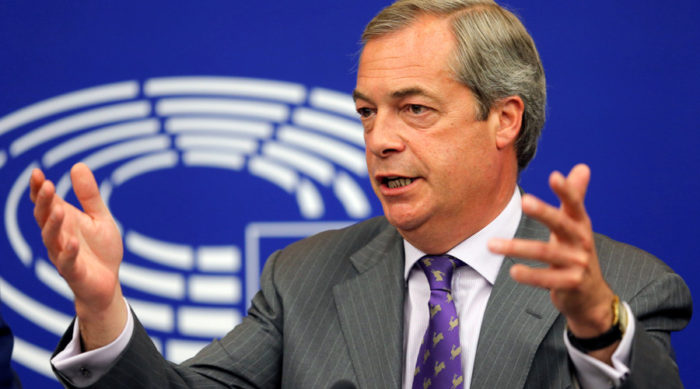 President Obama came to our country, told us what to do and gave Brexit a bounce of several points.https://t.co/Gy4JwpH9QH[2]

Brexit leader Nigel Farage made his way to the Republican National Convention in Cleveland the other day, and he was not shy about sharing his thoughts on Barack Obama.

In a nutshell, Farage said Obama should’ve kept his mouth shut about the UK leaving the EU when he visited Britain not long ago.

… After President Obama campaigned for the British people to remain in the European Union (EU), “Brexit” leader Nigel Farage is now saying thank you to his adversary.

Farage, who led the fight to leave the EU, which they ultimately won, thanked Obama today while in Cleveland, Ohio, for the Republican National Convention (RNC) for helping his cause during Brexit.

Unlike Obama, Donald Trump visited the UK before the Brexit vote and predicted that the British people would vote to leave the EU to have full control over their country’s laws again.

Of course, Obama has spent his entire presidency weakening our relationship with the United Kingdom. So why would Brexit be any different?