Would YOU Leave a 10 Month-Old Home Alone? A Surprising Number of Women Say, “Yes.”

Being a parent, it can be hard to get anything done, so the temptation to run out for a minute on a quick errand while the baby sleeps is definitely strong. But would parents actually leave their babies home alone? 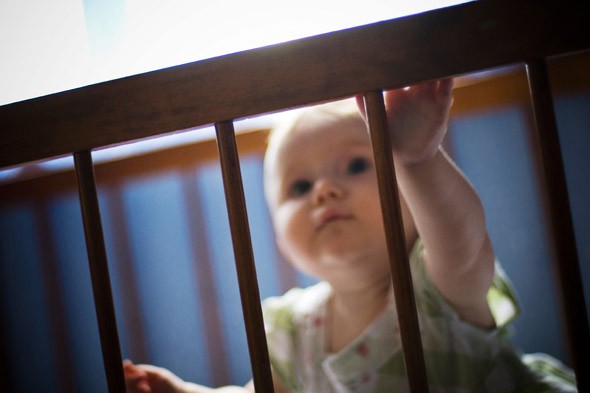 A new question posted on the parenting site Mumsnet, asking if one would leave a ten-month-old child sleeping peacefully home alone for seven minutes, has triggered a lively debate.

User Dakin1, who posed the question, added that the scenario would involve a baby who ‘napped reliably at the same time everyday for at least an hour’ and a parent who was going to a shop to collect something approximately 50 metres away.

More than 800 Mumsnet users have joined the conversation, with many saying a definite ‘no’. Some have even referenced the disappearance Madeleine McCann as a reason for their decision.

Along with abduction or kidnapping, lots of parents have said that they would be worried about the likelihood of a house fire while they were gone.

‘Never – a fire can rip through your house in less time and your baby won’t be able to save itself,’ AlphabetMum wrote.

HappyAsASandboy agreed, advising others to ‘either wake the baby and take him or ask a neighbor to sit with [the] baby [and] run the errand.’

However, some parents have said that they see no problem with the situation and they regularly have to leave the house to perform other chores such as putting the dustbins out or walking the dogs.

Threescoopsundae said that they ‘absolutely would’ leave the ten-month-old alone.

They continued: ‘I just wouldn’t tell anybody about it, for precisely the responses above. You’ve got to live. You’ve got to get stuff done. It’s a minuscule risk. If your life is like mine then every minute of the day is jam-packed.

‘Nothing wrong with it, more chance of a car accident driving up the road. If it feels right, then do it.’

AppleSetsSail added: ‘Yes I would and I have. I lived caddy-corner to a news agent when my first kid was born and I nipped over very occasionally when he was napping.

‘No greater distance than the furthest corners of my house now, probably quite a bit less.

‘If you check on your child and he’s sleeping peacefully, the chances that he could wake up and work himself into an agitated state within 7 minutes are slim.

‘The chance of something catastrophic e.g. a house fire are slimmer still.’

Another issue to dissuade people is what would happen if they got caught — the shaming would be insane, not to mention the potential charges from authorities. It’s sad, but parenting isn’t just a risk assessment anymore, because there are hordes of people standing by ready to judge every move a parent makes.