Feminist Professor: American Should Stop Putting Women in Jail For Anything

Remember how Jodi Arias coldly and brutally murdered her ex-boyfriend in a particularly bloody and heinous manner? Well, according to one “feminist” professor, Jodi Arias — and all women — should never have to go to jail, no matter what crime they commit. 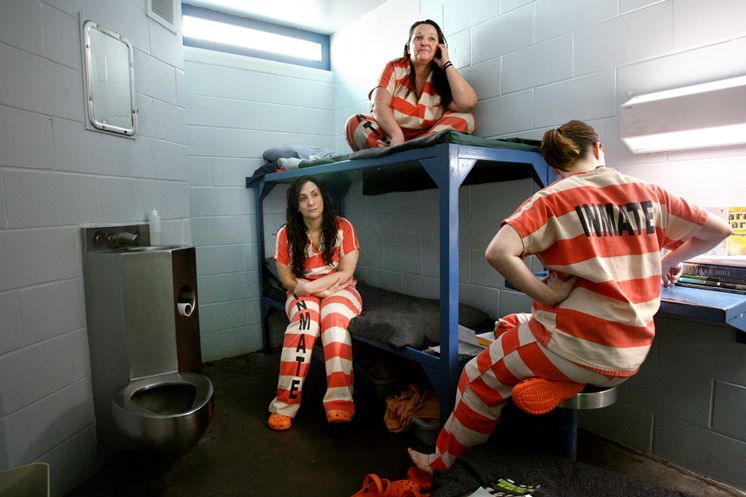 Patricia O’Brien, an assistant professor at the University of Illinois’s Jane Addam’s College of Social Work, contends that the majority of women in prison are merely non-violent, poorly educated, unemployed, and abused, according to her op-ed in The Washington Post.

“What purpose is served by subjecting the most disempowered, abused and nonviolent women to the perpetually negative environment of prisons?” asks O’Brien.

The professor argues that women are more likely than men to have children “who rely on them for support,” and that imprisonment does more harm to the individual than good for society.

“The United States is a prison nation,” wrote O’Brien. “The federal government also spends tens of billions to police, prosecute and imprison people, though research demonstrates that incarceration harms individual well-being and does not improve public safety.”

O’Brien says that instead of focusing our efforts on making prison “work” for women, the country should adhere to the British tactic of community sentences or house violent offenders in small custodial centers near their families.

“There is evidence that these approaches can work in the United States,” writes O’Brien. “Opportunities to test alternatives to prison are increasing across the states, and some have demonstrated beneficial results for the women who participated.”

Acknowledging potential critics, O’Brien reminds readers of the importance in taking such steps with a feminist perspective.

“If we think of abolition as a citizens’ effort and believe that women should be allowed to jump the queue for transport along the path of recovery and healing, there are steps that must be taken from a feminist perspective,” writes O’Brien.

“The systemic production of mass incarceration cannot be solved simply by assisting troubled and troubling individual women… Put simply, we need to stop seeing prisons as an inevitable part of life,” she explains.

The professor calls for impeding efforts to isolate women from their communities and says that these women can find their way forward if society fosters respect and support for them.

“The case for closing women’s prisons is built on the experiences of formerly incarcerated women and activists who recognize that women who are mothers and community builders can find their way forward when they respected and supported,” writes O’Brien. “It is possible to imagine a future without women’s prisons; whether it’s achievable will require a bigger shift in thinking.”