Feminist Social Justice Warriors Badger Another Company — And It Tells Them To Shove it!

I am sooo sick of these feminazis. Give it a rest already[1]. But then again[2], this is Britain where six police officers arrested a retired 71 year-old Monty Python cameraman for harassment and quizzed him for two hours over a series of satirical posters poking fun at local politicians. They have no sense of humor whatsoever in their multi culti glass bowl. I take great heart in the fact that Protein World told these hags to stuff it, regardless of the consequences. And when they vandalized their advertisements and threatened to burn them down, they called them what they are… terrorists. 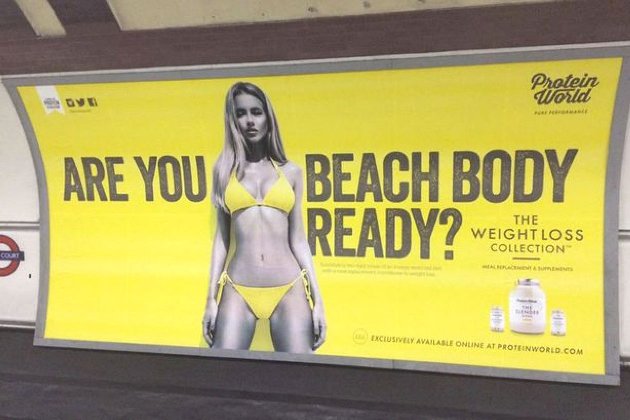 From Ace of Spades:

This upset the Social Justice Tumblrinas[3], who began arguing that Everyone already has a “beach body,” because everyone — well, every woman — already has the perfect body with no need of improvement. (Note that feminists are usually critical of men who could stand to do some pushups.)

So all the feminists began attacking them, and now Protein World has retracted its entire ad campaign and issued a fulsome apology. 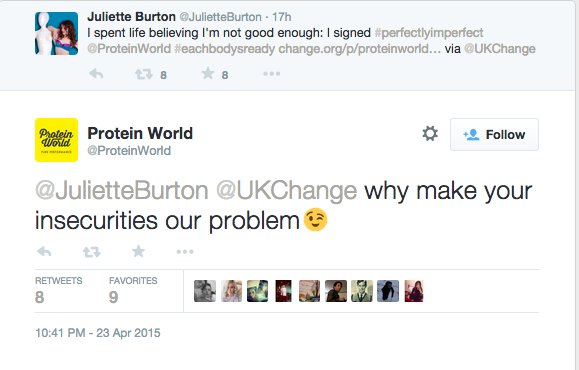 Anyway, they claim the nontroversy has been good for them, and that the feminists have made them one million pounds over four days.

Good. I’m glad to see someone tell these caterwauling monsters to shut the hell up for once.

More on this at Breitbart London[5].

Oh, and Protein World called the feminists — many of whom are vandalizing their advertisements, or even threatening to destroy their offices — “terrorists.”[6]

I know! Let’s all be offended!! Seriously? Get over yourselves. Protein World sells a product to help women look healthier and more attractive. I think I speak for everyone when I say that we all would prefer to see people of all ages more fit and healthy if they go to the beach. Don’t even get me started on that. I hope this makes Protein World a boat load of money. In fact, if I were them, I’d double and triple down. I put up as many billboards, posters and online advertisements of beautiful women in bikinis as I could just to tick them off. Let the shrill harpies choke on it.