Malia Rolt is a “hardcore feminist” who supports the Black Lives Matter movement. That, on its face, isn’t controversial. Her views are the part that has a lot of people up in arms.

She has recently penned a piece for Affinity Magazine questioning whether white men actually deserve to vote. Oddly, she doesn’t consider it wrong to remove the ability to vote from a group of people based on their race or sex. Hypocrisy? Anyone? 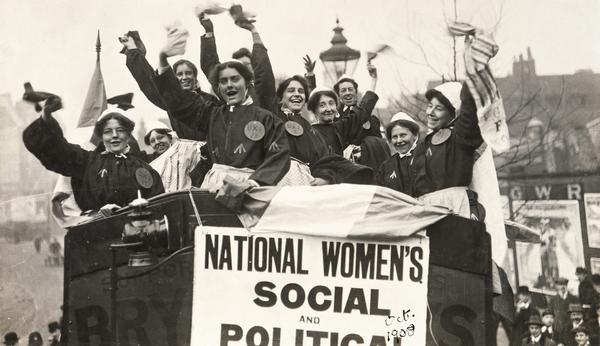 Rolt describes herself in her biography as, “A 16 year-old Asian teenager who is passionate about social justice and politics. A hardcore feminist, #BLM supporter and LGBTQ+ rights advocate. I also love chocolate, Ariana Grande and cats.”

I feel like I need to note that “Malia Rolt” is also an anagram for “I am a troll” so just throwing that out there. Perhaps coincidence, or perhaps Affinity Magazine is being trolled. My suspicions are also aroused by her profile picture on Twitter[2], which is actually an image of Normani Kordei from Fifth Harmony[3]. She claims it’s because she’s a fan of the woman, but if you want to be a public figure, you really shouldn’t use pictures of other people. It’s suspicious and shady.

Either way, this article is hilarious and totally something a “hardcore feminist” would write.

She begins the piece by questioning whether white men should be able to vote because they haven’t faced a “suffrage” movement like women and minorities, and therefore inadvertently vote to keep those groups oppressed, because they don’t know what it’s like to fight for the privilege of voting.

“… Women and people of colour went through times of not being allowed to vote, and the fact that white men never had to experience that is an injustice. Despite the fact that we are given the illusion of democracy today, […] do oppressors of minorities and women deserve to choose to continue our oppression, or should we help them by withdrawing the right to vote from them for a while until we can truly get on the same page and connect?”

I’m not entirely convinced that this isn’t a hoax and in fact, I believe Affinity and liberal feminists everywhere are being taken for fools by “Malia Rolt.”

I can’t wait to see what she comes out with next, honestly.