I’m not a John Kasich fan[1], but when he gives common sense advice on sexual assault, college students should listen. A first-year student asked what advice he would give her to “feel safer and more secure regarding sexual violence, harassment and rape.” He talked about confidential reporting of crimes and easy access to rape kits. Then he said something that was so obvious, it seemed brilliant: “I’d also give you one bit of advice. Don’t go to parties where there’s a lot of alcohol.” Amen, to that! Going to a drunken frat party is a great way to get raped or to get into other trouble. It just begs for it. So don’t put yourself in that position in the first place. After Kasich’s perfect answer, the feminists came unglued. These must be people that don’t have daughters or granddaughters. They don’t have a clue. 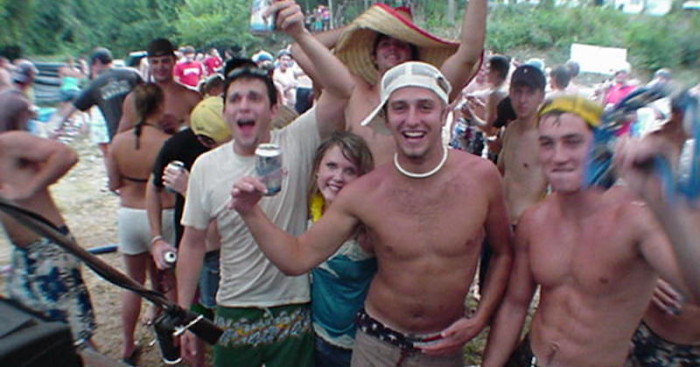 I am absolutely convinced that these leftist writers [3]don’t have daughters.

They can’t – otherwise, they would be unable to criticize men – usually politicians – who advise young women to usecommon sense to protect themselves from being sexually assaulted.

This happened to Gov. John Kasich at a town hall event in New York this week. A first-year college student asked Kasich what he would do to help her “feel safer and more secure regarding sexual violence, harassment and rape.”

Kasich has two 16 year-old daughters, so he means what he says. But feminists read it as ‘victim blaming’. Whatever the hell that is. Your survival instinct should tell you not to put yourself in situations that can get you hurt or killed. Yahoo News reporter Alyssa Bereznak was on the front lines of this assault on Kasich. She called him condescending to women. In this case, no, he is not. Not even close. He speaks like a father would or someone who actually cares about the well being of others. She went on to blather: “With this comment, Kasich joined the ranks of those who place the onus for decreasing sexual assaults on female college students, asking them to alter their behaviors and avoid important campus social functions, while the lifestyles and habits of their male counterparts are treated as an unchangeable norm that does not need addressing. This line of thinking runs counter to recent national efforts to address sexual assault on campuses by encouraging bystander intervention and teaching men it is their responsibility not to hurt women, among other things.” If a drunken frat party is your idea of an important social function, you are doing it wrong. These feminists do nothing but put forth garbage. Here’s a thought… have kids and you’ll finally understand common sense for once in your life. Maybe. 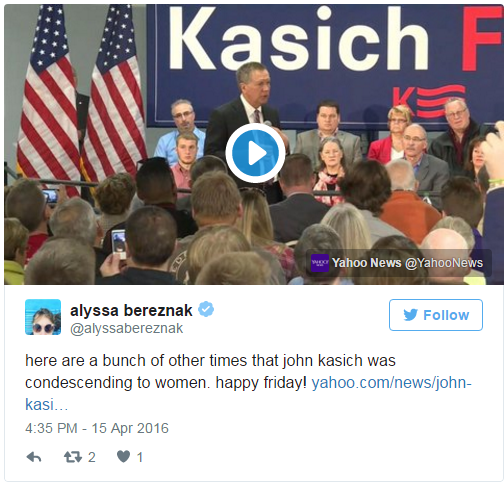