There’s no tragedy that social justice warriors won’t exploit and a little boy’s horrible death at Disney World is no different. Instead of having some compassion, or maybe even just the common sense to not spew her bile onto Twitter for the world to see, one feminist celebrated the boy’s death because of “white entitlement”. 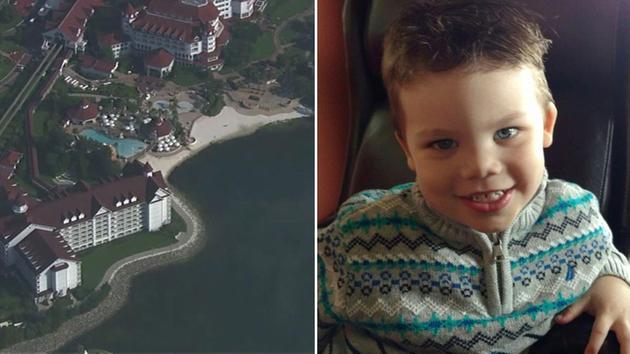 After the tragic death of a toddler, who was pulled into the water by an alligator at Walt Disney World in Orlando, Florida, a prominent social media feminist took to the internet to blame the incident on “white entitlement.” 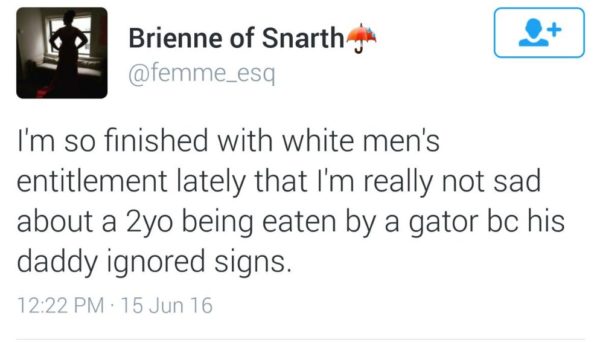 A prominent feminist who goes by “Brienne of Snarth” on social media announced her apathy towards the toddler who tragically died at the hands of a Floridian alligator on June 14. “Brienne” claimed that she wasn’t upset by the tragic incident because of her frustration with “white men’s entitlement.”

Although she quickly deleted the tweet and privatized her social media accounts, screenshots of the tweet has circulated on social media. Although Brienne’s remark was overwhelmingly criticized, some Twitter users defended her. Twitter user @trillburne, who has a sizable audience of nearly 8,000 followers, claimed that Brienne’s only “crime was being specific.”

How do people like this exist? Really, how does a person get to be so callous and hate-filled that they would hear of a tragic story and react like this? It’s actually quite sad.